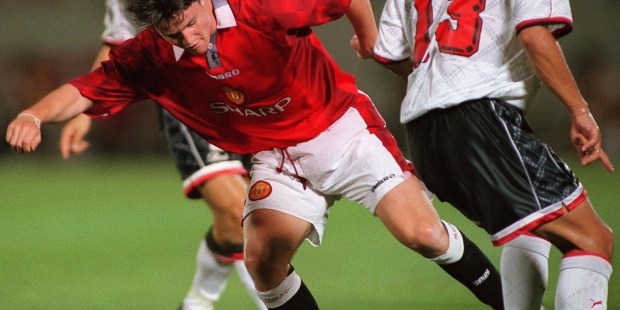 After a successful career in professional soccer, Philip Mulryne shocks former teammates with his decision

Many professional athletes retire from years of success on the field and trade their jersey for a polo shirt and hat, staying connected to the game they love through coaching. One soccer star, however, has decided to take the road less traveled and to trade his green jersey for a white Dominican habit, pursuing the path of the priesthood.

Philip Mulryne, former Manchester United and Northern Ireland midfielder, recently made his solemn profession with the Dominican Order at St. Saviour’s Priory in Dublin. He will be continuing his theological studies over the next year and hopes to be ordained a priest next summer.

Mulryne led a successful career in professional soccer, playing alongside superstar David Beckham, and even dated model Nicola Chapman during the height of his stardom. According to Irish Central, he was a fan favorite and played 161 games between 1999 and 2005. For the most part he was “one of the boys” and according to the Catholic Herald, Mulryne “was once sent home from the Northern Ireland squad in 2005 after breaking a curfew to go drinking.”

Former teammate Paul McVeigh was surprised when he heard Mulryne was pursuing the priesthood after more than 10 years of professional play. McVeigh said in an interview, “To my amazement, and most likely to the rest of the footballing fraternity’s, Phil decided to train to become a Catholic priest… I was still in contact with him and knew that he had turned his life around and was doing a lot of charitable work and helping the homeless on a weekly basis. Still, it was a complete shock that he felt this was his calling… I know for a fact that this is not something he took lightly.”

Shortly after retiring from soccer at the age of 31, Mulryne devoted himself to many charitable works and it is believed that Bishop Noel Treanor of Down and Connor may have had an influence on him, encouraging him to consider a vocation to the priesthood.

After making his Simple Profession in 2013, Mulryne spoke briefly about his calling and the reasons why he entered the Dominican Order in a video produced by the Order (seen at 3:47):

“This, for me, is one of the main reasons that attracted me to the religious life, to give oneself completely to God through the profession of the evangelical councils, to take Him as our example and, despite our weaknesses and our defects, trust in Him that He will transform us by His grace and thus being transformed, to communicate the joy in knowing Him to everyone we meet… This to me is the ideal of the Dominican life and one of the major reasons that attracted me to the order.”

Generally speaking, Mulryne has decided not to speak publicly about his new mission in life until after ordination. He is a member of the “Irish Dominicans,” who have houses in Dublin, Cork, Galway and Tralee, as well as Tehran, Iran and Rome, Italy and were founded in Dublin in 1224.