Boko Haram releases 21 of the Chibok school girls, after 2 and a half years in captivity 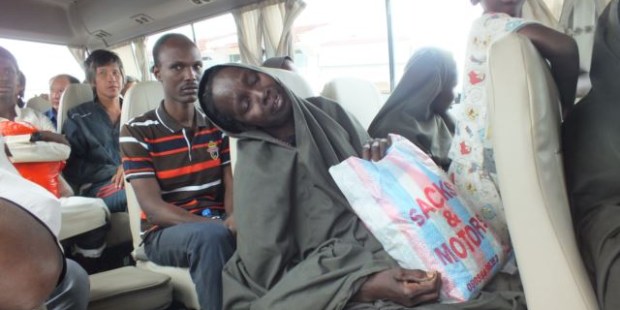 There was a glimmer of hope for families of more than 200 girls who have been missing since Boko Haram kidnapped them two and a half years ago from their school in Chibok, Nigeria, as 21 of the girls were released Sunday.

In an emotional reunion with their families, some of the girls recounted the horrors they had endured and witnessed in captivity:

They were taken deep into the Sambisa Forest to Boko Haram’s stronghold, where the more than 200 schoolgirls from Chibokwere offered a choice: Join the militants or become their slaves.

About half of them chose to join and marry the fighters and were taken away, never to be heard from.

Those who refused endured more than two years of servitude, washing, fetching water and cooking for Boko Haram.

The girls, nearly all of them Christians, lived in grass huts and were forced to convert to Islam. At first they ate rice and maize.

But then food became scarce. During their captivity in the forest, a few of them died.

The #BringBackOurGirls campaign seemed to have been fruitless, but the Nigerian government, under a new president who had vowed to recover the kidnapped girls, negotiated their release with the Islamic State-affiliated African jihadists. It’s not known what the terms of the deal were, but the New York Times reported that the Swiss government and the International Committee of the Red Cross helped broker the deal.

Meanwhile, the girls are in the custody of the Nigerian secret police and are receiving medical and psychological care, government officials said.

Officials have said they expect more girls to be released soon.