The Catholic song that laughs in the face of death

"For Those I’ll Leave Behind"

Christians are told over and over again: Be not afraid! Rather than fearing death, we are called to embrace it, to be ready for it at any moment. — Kevin Heider

And it appears again in “For Those I’ll Leave Behind,” the latest release from Catholic singer / songwriter Kevin Heider.

“Christians are told over and over again: Be not afraid! Rather than fearing death, we are called to embrace it, to be ready for it at any moment. Our prayers are infused with such language – ‘Pray for us sinners, now and at the hour of our death’ – and we even have a patron saint – Joseph – of the happy death,” explained Heider about the inspiration behind the song.

Staying true to the style we’ve come to know and love from the independent folk artist, he shares,  “I wrote the song, ultimately, as this sort of raucous, boot-stomping, anthemic reminder to myself to not be afraid, to be ready for death and to embrace it, to answer its call with ‘I will go!’ in the hope that I can ‘bleed my heart’ and ‘leave my mark’ and ‘fight the dark for those I’ll leave behind’ (as the lyrics go).”

The song forms one of the final pieces of the narrative told in Heider’s latest EP “Us,” which follows a relationship from its beginning with the couple’s first meeting and initial attraction (“The Man Who Refused to Dance”) to their death (“Down by the Sycamore”).

And lest you think Heider’s joyful, upbeat take on such a sober theme is the fruit of a naïve, childish faith that has yet to face those most somber moments life has to offer, the song came out of a time in which tragedy seemed to abound:

“I wrote ‘For Those I’ll Leave Behind’ a few weeks before my wife and I were due to have our first child. I was in this existential place of contemplating new life, my own death (someday, inevitably), and the unexpected deaths of many young parents and spouses in our community. There was so much sadness and so much tragedy in each of these incidents. And yet, in each we saw so much joy and hope and gratitude in the celebrations of the lives that had been lived. It was convicting, to say the least.”

Find out more about Heider’s music and book him for a show at his website,and check out his latest EP Us on iTunes. 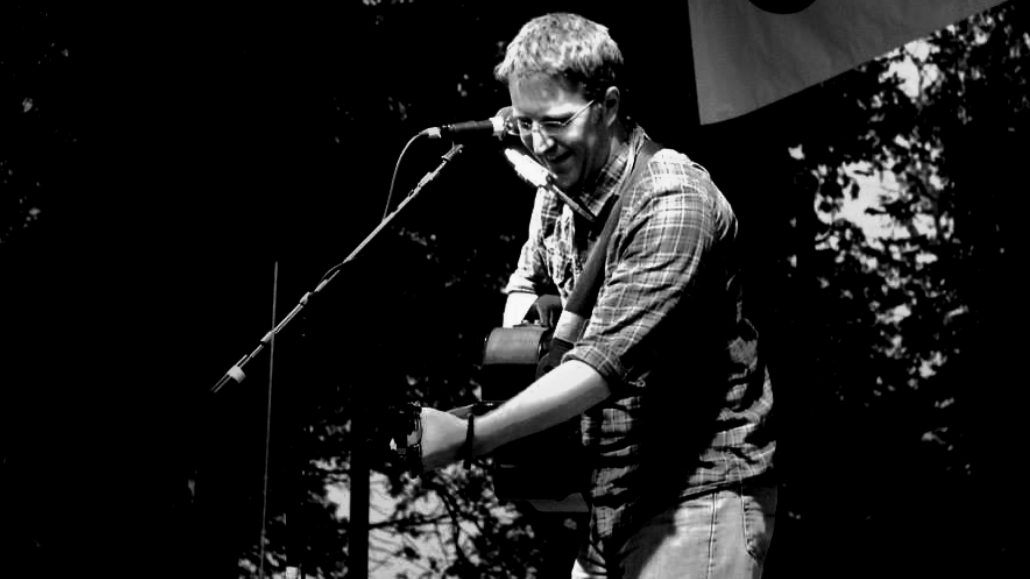