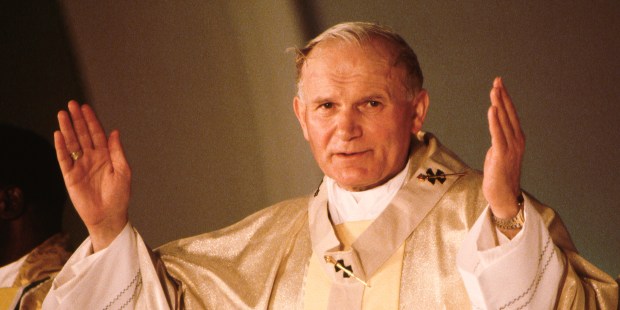 The pope carried out exorcisms and warned humanity: The devil is more active than ever!

The devil confesses why he is afraid of John Paul II

Father Amorth, the official exorcist of the diocese of Rome, told TV2000 that he has discovered why Saint John Paul II is a powerful intercessor to fight against the devil and free the possessed. He also treated this topic in the book he co-authored with the Italian journalist Pablo Rodari, saying, “I’ve asked the devil more than once, ‘Why are you so afraid of John Paul II?’”

First of all, Father Amorth explains, the devil answered that the saintly pope had “disrupted his plans” on Earth. Amorth interpreted the devil’s answer as referring to the fall of Communism and Marxism in the ex-Soviet Union.

Secondly, the Italian exorcist said that the devil was furious with John Paul II because he “pulled so many young people out of [his] hands.”

Amorth explained that it was precisely because “there are so many young people who, thanks to John Paul II, were converted. Perhaps some were already Christian but not practicing, but then with John Paul II they came back to the practice.”

Father Amorth also highlighted the fact that, while John Paul II and Padre Pio are our allies against the devil, there is no doubt that their influence cannot be compared to the power of the Virgin Mary, the Mother of Jesus.

“Once I also asked Satan, ‘but why are you more scared when I invoke Our Lady than when I invoke Jesus Christ?’ He answered me, ‘Because I am more humiliated to be defeated by a human creature than being defeated by Him.”

It is also worth noting that during the pontificate of John Paul II, the Holy Father decided that it would be a priority in the diocese of Rome to dust off the ancient rite of exorcism and train priests in this spiritual mission of healing and liberation.

In July of 2014, the Congregation for Clergy, with the blessing of Pope Francis, granted juridical recognition to the International Association of Exorcists (IAE). In this way, the Vatican formally recognized the existence of a group of 250 priests in 30 countries who fight against demonic possession.

Translated from the Spanish.