Why does Catholic marriage prep fail? 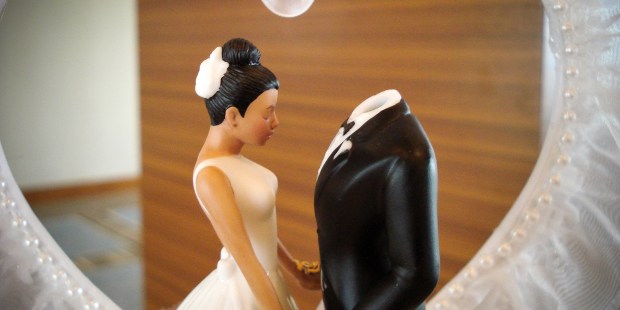 Last week we heard from Alexa Covington and her experience hiring a marriage and family therapist before she and her husband got married, because they felt their parish’s marriage prep program fell short. Her sentiment seems to be a common one.

This leads us to wonder about the parish catechist. What are the struggles that they face when trying to meet the needs of engaged couples who are usually overwhelmed with wedding plans and details?

Having worked with such couples over the period of six years, I can tell you that it is not easy. Marriage preparation is a relatively recent invention that the Catholic Church has had to develop over the past 50 years and the Church has still not found the perfect formula. Previously, engaged couples received their “preparation” from the examples of parents and extended family, perhaps meeting with the priest once or twice before the banns were listed.

Combine the Church’s still-evolving preparation programs with the normalization of divorce in popular culture and the Church has had to play catch-up.

Recently bishops and cardinals from around the globe have considered the need for a more intensive “marriage catechumenate” in hopes that it could better help couples prepare for marriage.

Whatever conclusions are reached at the international level, I believe there are three main areas that need to be addressed in the United States, before we can see a distinct change in marriage preparation.

When I was appointed as marriage prep coordinator at our parish I was myself a newlywed. Basically my pastor said, “Here, you take over marriage prep.” I had no idea what I was doing and tried to follow the packet the pastor gave me. There was no diocesan preparation available at the time and hardly any programs to purchase. Six years later I was still “winging it” and had gone through nearly a dozen different programs with no clear direction from anyone.

Going forward, the training of lay catechists, priests and deacons needs to be a priority. What good would a “marriage catechumenate” do if no one knows what it is or how to implement it?

Part of the problem behind marriage preparation is the fact that so many couples do not know what it is they don’t know. The first day of a marriage preparation retreat should not be the first time the couple has heard of the Church’s teaching on cohabitation or contraception.

This means that marriage preparation realistically should start in middle school or earlier, and it can’t simply be a list of what they must not do. They need to be convinced at the level of the heart that following God’s plan for marriage is vital to their ultimate happiness.

The Church’s teachings on marriage also need to come from multiple sources. They must come from the catechist, priest, and above all, the parents. That is why many dioceses around the country are developing programs that are aimed at catechizing the parent first, encouraging them when they come for Baptism and First Communion to teach their children the beauty of the Church’s teachings. It would hugely help parents to do this if parishes offered ongoing adult formation, too.

I firmly believe there is no “one-size-fits-all” marriage preparation course. Everyone is at a different stage in his or her journey and the catechist needs to be flexible. A couple may come in with almost zero knowledge of the faith and so the catechist needs to adjust and address some more fundamental issues before getting into theology.

A second couple may stop by who has read the Theology of the Body by John Paul II in the original Italian language. Obviously starting at level zero would be counter-productive. It would be beneficial to the catechist to engage the couple in a dialogue and discern what it is that they need before getting married.

More to read: Theology of the Body Congress seeks to heal our broken views of sexuality

Additionally, each couple coming in to marriage preparation has particular needs and availability. I have met with couples who are perfectly fine meeting once a week, while others are coming from out of town and can only meet once a month on a weekend. Alternative modes of communication need to be explored, especially the recent rise in marriage preparation conducted via Skype.

In the end, as Saint John Paul II once said, “As the family goes, so goes the nation and so goes the whole world in which we live.” We must make marriage preparation a priority and discover news ways to meet the many challenges catechists face when preparing the next generation. Our future depends on it.