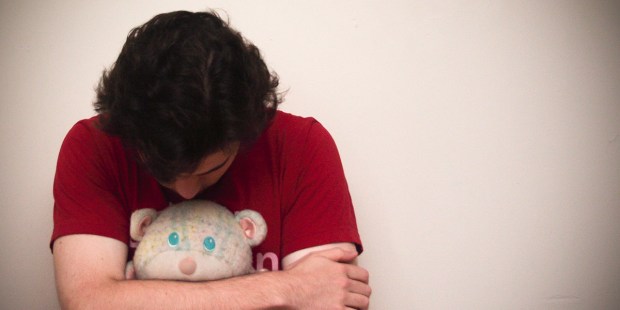 I walked into a politically charged conversation in the women’s locker room at the gym today. Awkward.

I don’t usually go barging into strangers’ conversations. And especially not while trying to take a shower!

Besides, I was in a hurry. It was already my second attempt at getting myself cleaned up and on to the rest of my day, after having found the lockers closed for cleaning some minutes before. A friend was watching my kids for me outside the locker room, and I needed to get going.

But these two women glanced at me, and I gave a sheepish smile, and I guess that was my in …

There the three of us were, all of us half undressed, as one of them started recounting her son’s experience with abortion.

He had had two different girlfriends seek out abortions. And both times, she said, they were devastating for her son.

The first time, she explained, he was crying and angry at the doctor. I gently suggested that that was the most natural reaction in the world, as it was his innate instinct to protect.

After the second abortion, she continued, he turned to drugs and his life has spiraled down from there.

I spoke to her about Rachel’s Vineyard and its work with post-abortive men. She’d never heard of an organization trying to help men suffering from abortion, and said she would try to relay the information to her son. But, she lamented, they’ve become estranged.

I assured her that our meeting was for a reason. (Remember it was already my second attempt at a shower!) And I promised her that I would offer my prayers for her son, for Christopher, this Friday at the March for Life. Prayer can move mountains.

Today’s experience was the second time I’ve come strangely face-to-face with the reality of abortion and its effects on men.

It was about five years ago that a young neighbor from across the street randomly wandered onto my driveway.

We weren’t close to his family, so the encounter was all the more unexpected.

“So my girlfriend had an abortion today,” he started off. Tears filled the eyes of this muscular, car-loving, 21-year-old kid.

He looked off into the distance.

“I know she and I aren’t together right now, but I told her I would raise that baby. I already told my dad, and we were going to raise him. I know it was a boy. I even had a name or two picked out.”

There was so little I could say. I told him that the baby is still his baby and he can still name him.

Shortly after that, we moved away so I never really knew what happened. And since we weren’t close to his family at all, I don’t have any more contact with him.

But he’s part of why I’ll march this Friday. For him, for Christopher.

I do march for the babies, and for their moms. But for their dads too.