Iceland knows the secret to stopping teen substance abuse — Is anyone paying attention? 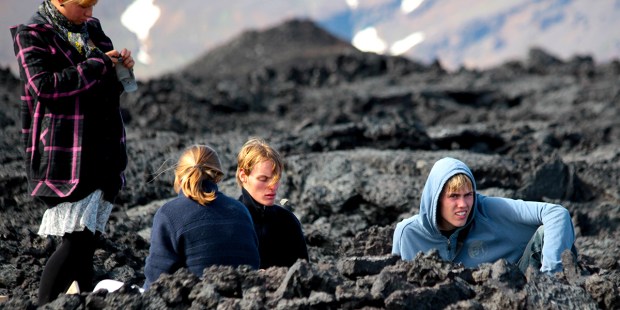 In the past 20 years, teen alcohol and drug abuse plummeted among Icelandic youth… but why?

In the past 20 years, Iceland’s rates of teen drinking, smoking, and drug use rates have drastically plummeted. Mosaic Science reports that in 1998, the percentage of 14- to 16-year-olds who reported being drunk in the previous month was 42 percent and by 2016, it was just 5 percent. Cigarette smoking went from 23 percent to 3 percent, and using cannabis from 17 percent to 7 percent. The secret? Common sense solutions, inspired by fresh data, and rooted in the community and the family.

Iceland’s success actually began in the US, with an American psychology professor named Harvey Milkman. He studied drug use in the 1970s and in his doctoral dissertation concluded that the drugs people choose are based on how they prefer to deal with stress. This led him to ask why people continue with substance abuse, and he later went on to develop the idea that people were becoming addicted to what was happening in their brains. “People can get addicted to drink, cars, money, sex, calories, cocaine – whatever,” says Milkman. “The idea of behavioral addiction became our trademark.”

In 1991, Milkman was invited to Iceland to discuss his work and ideas and became a consultant to the first residential drug treatment center for teens in Iceland.  He befriended another like-minded psychologist named Gudberg Jónsson, and a young researcher named Inga Dóra Sigfúsdóttir was drawn to their work. Sigfúsdóttir became interested in whether you could stop kids drinking or taking drugs in the first place by creating healthy alternatives.

So in 1992, students aged 14 to 16 in every Icelandic school filled out a questionnaire, and it was repeated in 1995 and 1997. The survey allowed kids to be anonymous and asked about alcohol, cigarette and cannabis use. It also asked about time spent with parents and participation in after-school activities.

The results were alarming, and revealed stark differences between kids who took up drugs and alcohol and those who didn’t. Participating in sports 3 to 4 times per week was a huge factor in low substance abuse, as was how much time kids spent with their parents during the week. Feeling cared about at school, and not being outside in the evenings, were also big factors.

Young people were already being educated about substance abuse and prevention, but it didn’t seem to be making much difference. It was time for a new approach.

Fortunately, the mayor of Reykjavik was also interested in trying something new and many parents felt the same. So using the survey results, in conjunction with the help of researchers and the cooperation of teachers, parents, and community leaders, a new national plan was introduced called “Youth in Iceland.” Emma young at Mosaic Science writes:

Laws were changed. It became illegal to buy tobacco under the age of 18 and alcohol under the age of 20, and tobacco and alcohol advertising was banned. Links between parents and school were strengthened through parental organizations which by law had to be established in every school, along with school councils with parent representatives. Parents were encouraged to attend talks on the importance of spending a quantity of time with their children rather than occasional “quality time,” on talking to their kids about their lives, on knowing who their kids were friends with, and on keeping their children home in the evenings.

A law was also passed prohibiting children aged between 13 and 16 from being outside after 10 p.m. in winter and midnight in summer. It’s still in effect today.

Additionally, an umbrella parental organization called “Home and School” was introduced, which included agreements for parents to sign. These are dependent on the particular group and age of the kids. For example, parents can pledge to not to allow their kids to have unsupervised parties, and not to buy alcohol for minors.

“These agreements educate parents but also help to strengthen their authority in the home, argues Hrefna Sigurjónsdóttir, director of Home and School. “Then it becomes harder to use the oldest excuse in the book: ‘But everybody else can!’”

The studies continue to this day so there is up-to-date data to rely on. In addition to the drastic reductions in drug and alcohol use, the amount of time teens say they spent with their parents almost doubled between 1997 and 2012.

Some places in Europe have adopted aspects of Iceland’s program, with success. But no where has seen the kind of improvements as Iceland and there are many reasons for that. Milkman has learned that even the best of programs are not always sustained or expanded:

“With Project Self-Discovery, it seemed like we had the best program in the world,” he says. “I was invited to the White House twice. It won national awards. I was thinking: this will be replicated in every town and village. But it wasn’t.”

He believes it’s because you “can’t prescribe a generic model to every community because they don’t all have the same resources.” Any efforts to do what Iceland has done depends on what already exists. “You have to rely on the resources of the community,” he says.

And there is also the question of the relationship between the citizens and the state, as well as how to involved all the different players involved: government, funders, parents, teachers, and academics. Iceland shows it is possible for all to work together in an effective way. But while Iceland’s approach may be based in common sense drawn from data, with a buy-in from all involved, all the factors must come together in just the right way.

In an article Milkman wrote in the Huffington Post last year, he outlines the reasons he thinks we are missing the mark in the United States. Across the country there are thousands of “evidence-based” prevention programs but substance abuse among teens and young adults remains high. Milkman says if the US wants to replicate what’s happened in Iceland, here’s what we should do:

• Base your efforts at a community level – where things can get done, practically and quickly

• Get your presidents and elected leadership to campaign for this venture