5 Situations where empathy is the best apologetic 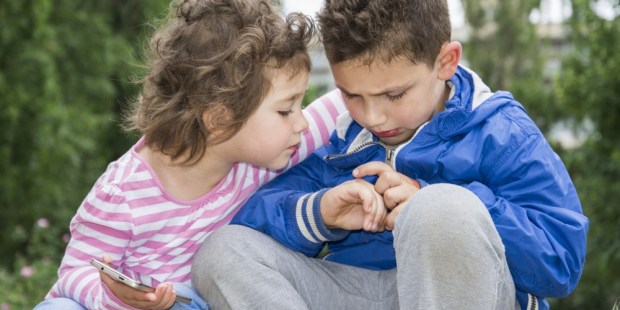 Trying to win converts to the faith? Sometimes your water-tight argument is not the best approach.

As a cradle Catholic who reverted to the faith in part thanks to the amazing work being done by the folks at Catholic Answers, I have learned over the years to be prepared with the “correct” apologetic comeback to the many questions people ask about my faith.

There are at least five specific lines of discussion where empathy is easily the best apologetic tool we have available.

While I didn’t realize it as a young fiancé and newlywed, having kids is a lot more complicated than just wanting them and making it happen.

For my wife and I, the realities of molar pregnancy and infant loss stripped away our belief that we were somehow in control of how many children we could have and how effortlessly we thought we should be able to receive that welcomed gift from God.

While in-vitro fertilization is clearly immoral based on the timeless teachings of our faith, it can prove unhelpful to approach a friend or family member with a simple statement educating them to the idea that sex and procreation should never be separated.

Instead, we need to take time to walk in the other person’s shoes, and realize how the desire to have a child can easily lead to heartache and desperation. Their deep emotions can overshadow any moral qualms about involving an outside party to make it happen.

Yes, we need to proclaim the truth, but we need to do it with gentleness and love, and that means sitting beside the person, acknowledging the struggle, and walking with them into the light of that truth.

Read more: How we almost ignored the Church’s teachings about IVF (and why we’re glad we didn’t)

“The Right to Die” movement in our culture has shaped the discussion of euthanasia in terms of showing compassion. Those of us who stand against assisted suicide are seen as lacking compassion, “wanting people to suffer” rather than having the choice to continue or end their life.

Often times, we can fall into the mode of simply proclaiming from the rooftops that euthanasia is murder and must never be accepted in any shape or form. While this is technically true, how likely is it that this comeback will change hearts and minds?

Instead, we should sit with people facing this difficult decision, be willing to acknowledge how suffering in this life can lead to a feeling of utter hopelessness, and show that true compassion we are accused of lacking. If we’re willing to sit with people in their suffering and cure that lonely feeling that so often goes along with tragedy in this life, we may lead more people to see the dignity and value every human life has.

Read more: A Catholic widower on difficult mercy of “turning off the machine”

A touchy topic, to be sure. I myself have been left wanting more when I receive the typical explanation against women’s ordination in the Catholic Church. While the best apologetic argument for me focuses on the marital aspect of the priesthood in relation to the Church, the argument we typically hear is that Jesus only selected males. That doesn’t always cut it for modern ears.

Again, though, this isn’t about delivering the best knock-out blow to those who desire to see women be priests. Instead, it’s an opportunity to sit with someone and get a better idea of where they’re coming from, find out what it would mean for them to see women ordained, acknowledge the opinion and stance they have come to hold, and walk with them toward the realization that while the Church’s teaching may be difficult to accept, that fact doesn’t make it any less true.

Read more: Women in the Church: Pope Francis gives them a platform

Nowhere do I see the need for empathy more than in the debate over legalized abortion. When a woman bares her soul and shares that she made the choice to have an abortion, and then hears a comeback about how abortion is murder, my heart breaks.

Yes, the taking of an innocent life, born or unborn, is murder. No, this is not an effective way to lead someone to the truth revealed by Christ and His Church.

Instead, this approach makes people feel like they have done something that cannot be forgiven. Instead of leading them closer to the Church where this forgiveness is possible, they feel ridiculed and rejected by the Church and close their ears to anything else you have to say.

5. Belief in the existence of God

And yet, most of us have probably faced a time in our lives where the existence of God just didn’t seem to make much sense.

We pray and nothing happens. We need a miracle and no miracle comes. We look around and see a world overcome with war, poverty, injustice, and inequality, and there seems to be no answer

Rather than pelting our atheist friends right off the bad with the Kalam Cosmological Argument, we might find it helpful to take a deep breath, pour a cup of coffee, and acknowledge that we get it, and go from there.

When I first caught fire for my Catholic faith, I felt I had to respond to every question with a well thought out and air-tight apologetic answer. After falling flat on my face a couple of times, I slowly began to recognize empathy as the most important apologetic tool in my tool box.

What other situations have you faced where you have walked the path of empathy over apologetic explanation?