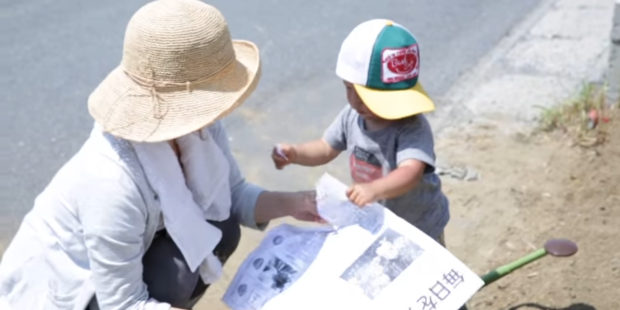 Plant your news and watch the stories grow

The whole point of an object is the utility we derive from it; a tooth brush is useless when its bristles bend, a lighter is useless without fuel, and when you’ve read the news, a newspaper is thrown away. But what if the utility of a newspaper didn’t end there? What if being thrown away became an ulterior purpose for this struggling platform?

Chiara Riccio, over at LifeGate, has brought attention to an initiative taken by the Japanese publication The Mainichi Shimbunsha, which will print its news on “green paper.” The “green newspaper” can be ripped to pieces which you can then plant and care for as though they were seeds, because in fact they are.

Water your newspaper and watch the stories develop into clean-air producing greenery, as opposed to the hot air that most newspapers produce.

The idea was conceived by Dentsu Inc, one of Japan’s largest advertising agencies, which works with “The Mainichi.” The green newspaper is not the first sustainable initiative undertaken by the Japanese daily. Its commitment to environmental protection is already well-known thanks to a previous advertising campaign on water donations for populations suffering from thirst. “The Mainichi doesn’t take action only through information, but also by solving global issues.”

While potting and watering is the best way to see results, we imagine that piles of papers thrown into the dump will still bloom after a few rains. With about 4 million copies of the green newspaper sold a day, soon Japan will be greener than ever. We have to get this idea spread worldwide!