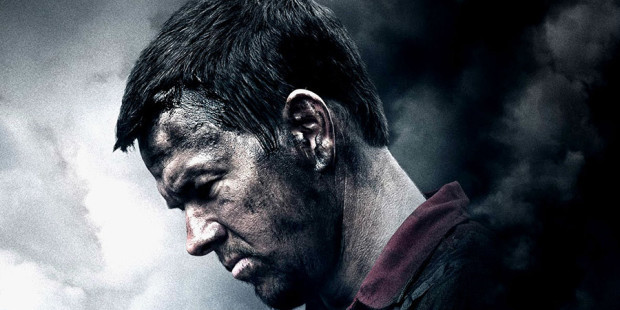 From ‘Wall-E’ to ‘The Emerald Forest,’ with ‘Gorillas in the Mist’ or a ‘Giant,’ the environment is a protagonist in Hollywood, too.

There is a long tradition of disaster movies that are inspired by or based on real events—from the 1906 San Francisco earthquake to the 2004 tsunami in India—as well as also hypothetical ones: maybe volcanoes appearing in the middle of Los Angeles (Volcano, Mick Jackson 1997), sudden climate changes (The Day After Tomorrow, Roland Emmerich 2004), or the planet’s core ceasing to rotate (The Core, Jon Amiel, 2003).

More to read: Lighthearted films to watch on Netflix this March

But among real natural disasters, beyond those attributable to the unpredictability of Mother Nature, there is a kind that deserves its own category: environmental disasters directly caused by humanity. These are perhaps the most riveting and simultaneously hard to watch of them all, because we know they ring true, and human hands are at fault. So, without further ado, here are the 13 best in this small (but always growing) genre that is worth your time.

A fictional reconstruction somewhere between a docudrama and an action movie, this film recounts the accident that took place on an oil rig in the Gulf of Mexico in 2010, causing an environmental disaster whose consequences were calamitous for the regional ecosystem, both in the open ocean and on the coast when the oil washed ashore.

More to read: Mark Wahlberg pauses filming because it was Sunday

A lawyer at the head of a successful firm struggles to take on large corporations that cause multiple deaths from leukemia in a nearby town by contaminating a river with toxic waste from their factories.

While recording a television news story in a nuclear power plant, a journalist and his cameraman discover a malfunction in the plant that could cause a serious accident.

A determined single mother obtains employment as a secretary in a law firm, and ends up carrying out an investigation that results in a lawsuit against a major company, which has put the population’s health at risk by contaminating the area’s drinking water.

Oil fever in Texas not only unleashes passions and ambitions; it also transforms the arid countryside into a forest of oil rigs.

In this film, inspired by the world described in the non-fiction book of the same name by Italian author Roberto Saviano (who has been under a death threat by the Mafia since its publication), we watch the decay of the ecosystem in Naples and Caserta, where, among other things, organized crime creates totally illegal and unregulated landfills for waste of all kinds. This waste then contaminates the surrounding area and groundwater.

Gorillas in the Mist

This is a biopic documenting the first years of work by Dian Fossey in the mountain gorilla habitat of Rwanda, in the midst of an environment constantly threatened by human action, poachers and a lack of protection by authorities.

The disappearance of the son of an engineer working on the construction of a dam in the Amazonian rain forest, and his father’s 10-year search to find him, serve as the premise for learning about the deforestation of the area. The natural world is crucial to the tribes that live there and obtain resources from the jungle without destroying it.

An obstinate researcher tries to discover a cure for cancer in unique and undocumented plant species in the depths of the Amazonian rain forest. However, his work will be threatened by intensive deforestation being carried out by lumber companies that are razing the area, which is the habitat of the elusive flower that could turn out to be the key to the cure he seeks.

A worker in a nuclear power plant collects evidence that demonstrates safety violations at the facility, confronting both fellow workers and the administration.

An executive from a large corporation comes to a depressed agricultural and cattle raising area, trying to buy the drilling rights to extract oil using fracking (hydraulic fracturing). However, he slowly becomes aware of the damage that could be done to the environment, and how this could affect the local population.

This is the only computer animated feature in the list, and the only one neither based on real events nor inspired by plausible contemporary situations. Rather, it opens a disquieting window on a probable future: we have left our planet full of garbage, and we’ve fled to outer space in a sort of kindergarten that transforms us into babies incapable of fending for ourselves and in need of constant robotic assistance.

A robot is, in fact, the last inhabitant of planet Earth, dedicated to compacting garbage with architectural precision. Besides accumulating unique objects that it finds, it manages to “feel” attracted to a stylized female robot (which could perfectly well have been designed by Apple) that arrives on the deserted planet with the mission of finding the least vestige of life.