Are you depressed? You may need more of these 10 nutrients 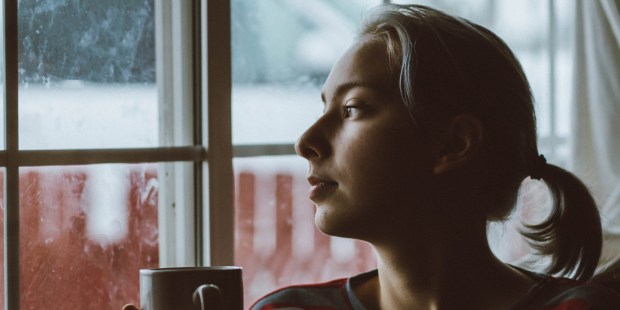 From fatty acids to zinc and magnesium, you need to nourish your body—including your brain.

Depression is a mood disorder that causes persistent sensations of sadness and a general lack of interest in life. Other signs and symptoms include loss of appetite, significant weight loss or gain, changes in sleep patterns, lethargy, difficulty concentrating, and inexplicable pains.

Read more: Study finds link between the pill and depression

Nutritional deficiencies can also be a contributing risk factor.

Researchers have discovered that people who suffer from depression and mood disorders are deficient in not just one, but various nutrients.

“Always remember,” says Professor Giacinto Miggiano, Director of the Gemelli Polyclinic foundation’s Complex Operations Unit for Dietetics and Human Nutrition, “that food nourishes both the brain and the body.”

According to Miggiano, there are 10 nutrients that are particularly important to keeping depression away. (Note: It is recommended you always consult with a physician before adding any supplement to your diet, especially if you are taking prescription medications.)

Omega-3 fatty acids have numerous health benefits. They play a key role in the development and functioning of the central nervous system.

While the omega-3 fatty acid called DHA (docosahexaenoic acid) is fundamental for the structure of brain cells, EPA (eicosapentaenoic acid) helps neurons to function, and even helps reduce inflammation.

Besides this, omega-3 fatty acids can contribute to reducing levels of bad cholesterol and favor overall heart health.

A 2007 study published in Medical Hypotheses reports that a lack of omega-3 fatty acids in major depressive disorder is due to the interaction between diet and a certain genetic anomaly affecting the metabolism of phospholipids.

In a study published in 2014 by Oxidative Medicine and Cellular Longevity, the researchers reported that a balanced intake of omega-3 PUFA (polyunsaturated fatty acids) and dietary supplements with fatty acids can help to prevent and cure depression.

To provide your body with an adequate amount of omega-3 fatty acids, you need to eat flax seeds, fatty fish such as salmon, nuts, and eggs. You can also add an omega-3 fatty acid supplement, after consulting your physician.

Vitamin D deficiency has been associated with depression, as well as with dementia and autism. This vitamin assists the production of serotonin, the brain hormone associated with mood and happiness.

An adequate level of serotonin helps to prevent and cure mild depression. In addition, vitamin D is important for the immune system and bone health.

A 2010 study published in the Journal of Mental Health Nursing observed that a deficiency of vitamin D is common among the elderly, adolescents, people who are obese, and those with chronic illnesses. These people are all at a high risk for depression.

Moreover, in a study published in 2014 in Medical Hypotheses, the researchers found a link between seasonal affective disorder (SAD) and a lack of sunlight.

Spending more time in the sun can help your body to get more vitamin D. Unless you have a history of skin cancer or other medical factors, you can safely spend up to 15 minutes at a time outside without UV protection. Fatty fish and eggs are good nutritional sources of vitamin D. You can also take vitamin D supplements (again, be sure to first consult with a physician).

Magnesium is another important nutrient. It helps to activate the enzymes necessary for the production of serotonin and dopamine. It also plays a role in several systems associated with the development of depression. Additionally, it keeps bones healthy, reduces anxiety, and lowers blood pressure.

A 2006 study published in Medical Hypotheses indicates that a magnesium deficiency is among the principal causes of major depression and problems related to mental health, including a loss of IQ.

A study published in 2013 in Pharmacological Reports also sheds light on the beneficial effect of magnesium in managing depression.

Zinc is another essential micronutrient your body needs to help reduce the risk of depression. This nutrient plays a key role in neuronal functions. It increases the production and functioning of neurotransmitters and is also involved in more than 250 biochemical processes that maintain the functioning of various organs.

Further, a 2013 study published in Biological Psychiatry observed that depression is associated with a reduced concentration of zinc in peripheral blood.

Eating zinc-rich foods can help correct such a deficiency. Some good sources are red meat, eggs, shellfish, legumes, nuts, whole grains, and dairy products. You can also opt for supplements.

Selenium is essential for brain functioning, and helps to improve mood and depression symptoms. Additionally, selenium plays a key role in correct thyroid function. The role of selenium as an antioxidant helps to prevent and manage depression.

A study published in 2012 in Complementary Therapies in Medicine reports that low intake of dietary selenium is associated with an increased risk of major depressive disorder.

Similarly, a 2015 study published in the Journal of Nutrition reports that optimal selenium concentrations in serum is associated with fewer depressive symptoms and negative moods among young adults.

B-group vitamins are important for general health as well as for mental health. In particular, vitamin B12 helps to form red blood cells and to sustain a healthy nervous system.

A 2009 study published in the Journal of Clinical Psychiatry illustrates the importance of considering the possibility of a vitamin B12 deficiency, especially among the elderly suffering from depression.

Another 2013 study published in Open Neurology Journal emphasizes the importance of supplementing vitamin B12 in the treatment of major depressive disorder.

Patients treated with vitamin B12 supplements and with antidepressants have shown significant improvement of their depressive symptoms.

To avoid a vitamin B12 deficiency, eat lean meats, fish, chicken, eggs, dairy products, nutritional yeasts, fortified cereals, and soymilk. You may also consider a daily vitamin B supplement, after consulting your physician.

Folate, a water-soluble B vitamin, is necessary for correct biosynthesis of the neurotransmitters serotonin, adrenalin and dopamine. Not having sufficient folic acid in your diet can influence your mental health and can also lead to depression.

Further, too low a level of folate in your body can delay the effect of antidepressant drugs. Folate can also help to prevent birth defects, blood diseases, and tumors.

In a 2008 study published in Alternative Medicine Review, researchers demonstrated the link between folate deficiency and depression. The study emphasized that the use of folate supplements results in a better response to antidepressants.

A 2005 study published in the Journal of Psychopharmacology suggests that oral doses of both folic acid (the synthetic form of folate) and vitamin B12 should be used to improve the results of treatment for depression.

You should include folate-rich foods in your diet, such as green tea, leafy greens, beans, fruit, legumes and citrus fruits.

A lack of vitamin B6 can also lead to depression and other cognitive disorders. This nutrient is necessary for the creation of neurotransmitters and other chemical substances in the brain that affect mood. It helps to keep the nervous system healthy, and aids the body in absorbing vitamin B12.

A 2004 study published in Psicoterapia e Psicosomatica suggests that low levels of vitamin B6 are associated with symptoms of depression.

An iron deficiency, which is a common problem for women who menstruate, can also cause depression. It can lead to anemia, which can cause symptoms of depression, fatigue, confusion, loss of appetite, and irritability.

Amino acids, the building blocks of proteins, are precursors of neurotransmitters; the brain uses them to build the neurotransmitters it needs in order to function. A lack of amino acids can cause a series of mood disorders, including depression and anxiety.

There are nine essential amino acids, which have various functions. For example, the amino acid 5-hydroxytriptophan (5-HTP) helps increase the levels of serotonin in the body.

Glutamine favors protein synthesis and improves the balance of nitrogen in the body. A study published in the Journal of Parenteral and Enteral Nutrition observes that patients treated with glutamine supplements showed mood improvements.

Since the nine essential amino acids cannot be produced by the body, it is necessary to include good sources of amino acids in your diet, such as eggs, fish, beans, seeds and nuts.

This article was originally published in the Spanish edition of Aleteia