Art beyond the Gospels: The Harrowing of Hell

The first version, for Marchese Lodovico Gonzaga, Andrea Mantegna painted in June of 1468. This smaller one, which was probably done for Ferdinando Carlo, the last Duke of Mantua, around 1470–75. The conventional title given to the work, its workshop replicas and the engraving of it, Christ's Descent into Limbo, is a modern one.

The Descensus Christi ad Inferos, as known by the Tradition and represented in art.

In Christian theology, the Harrowing of Hell (also often referred to, even today, as the Descensus Christi ad Inferos) is understood as the triumphant descent of Christ into Hell (or, even better, into Hades, which is quite different). This descent, Tradition claims, happened between the time of his death in the Cross and his Resurrection, and it implies the bringing of salvation to the righteous who had died since the beginning of the world, but before the arrival of the Messiah. After his death, the soul of Jesus descended into the realm of the dead, referred to as “Hell,” according to an old English usage of the Apostle’s Creed.

This clause is indeed, the core of the issue: in the original Greek (κατελθόντα εις τα κατώτατα), the word “κατώτατα” simply translates “the lower,” the “inferior” (precisely what inferos, “Hell,” means also in Latin), the “underworld”. According to some traditions and interpretations, this underworld is not Hell but, instead, Abraham’s Bosom (sometimes known as the Limbo of the Patriarchs) –a place where the righteous awaited for the plenitude of Redemption to arrive. It is not be confused with Gehenna, a definitive place in which one is deprived of God’s presence. In fact, a 3rd-century old Syrian Creed says of Jesus that he “was crucified under Pontius Pilate and departed in peace, in order to preach to Abraham, Isaac, and Jacob and all the saints concerning the end of the world and the resurrection of the dead.”

This Harrowing — another term with an old English root, meaning to break up the ground in preparation for planting; our use of ‘harrowing’ to mean terrifying comes by association between the harrowing comb and hair standing on end — is scarcely addressed in Scripture. However, a direct reference to Christ having indeed descended to the underworld is to be found in the New Testament, in the first letter of Peter, 3:19–20:

“For Christ also suffered once for sins, the righteous for the unrighteous, that he might bring us to God, being put to death in the flesh but made alive in the spirit, in which he went and proclaimed to the spirits in prison.”

Also, the Catholic Catechism interprets Ephesians 4:9 as also supportive of the claim found in 1 Peter and in the Creed:

“To each one of us was the grace given according to the measure of the gift of Christ. Wherefore he saith, ‘when he ascended on high, he led captivity captive, And gave gifts unto men’; now this, He ascended, what is it but that he also descended into the lower [κατώτερα –inferior] parts of the earth?”

However, in Christian art both the Harrowing of Hell and the Anastasis — Greek for “Resurrection” — are often found blended together, particularly in Byzantine art. We also find dramatic scenes of Christ battling with the legions of Hell for the souls of the righteous. Scroll through the slideshow to discover some of the most beautiful depictions of this clause of the Creed: “He descended to the dead.” 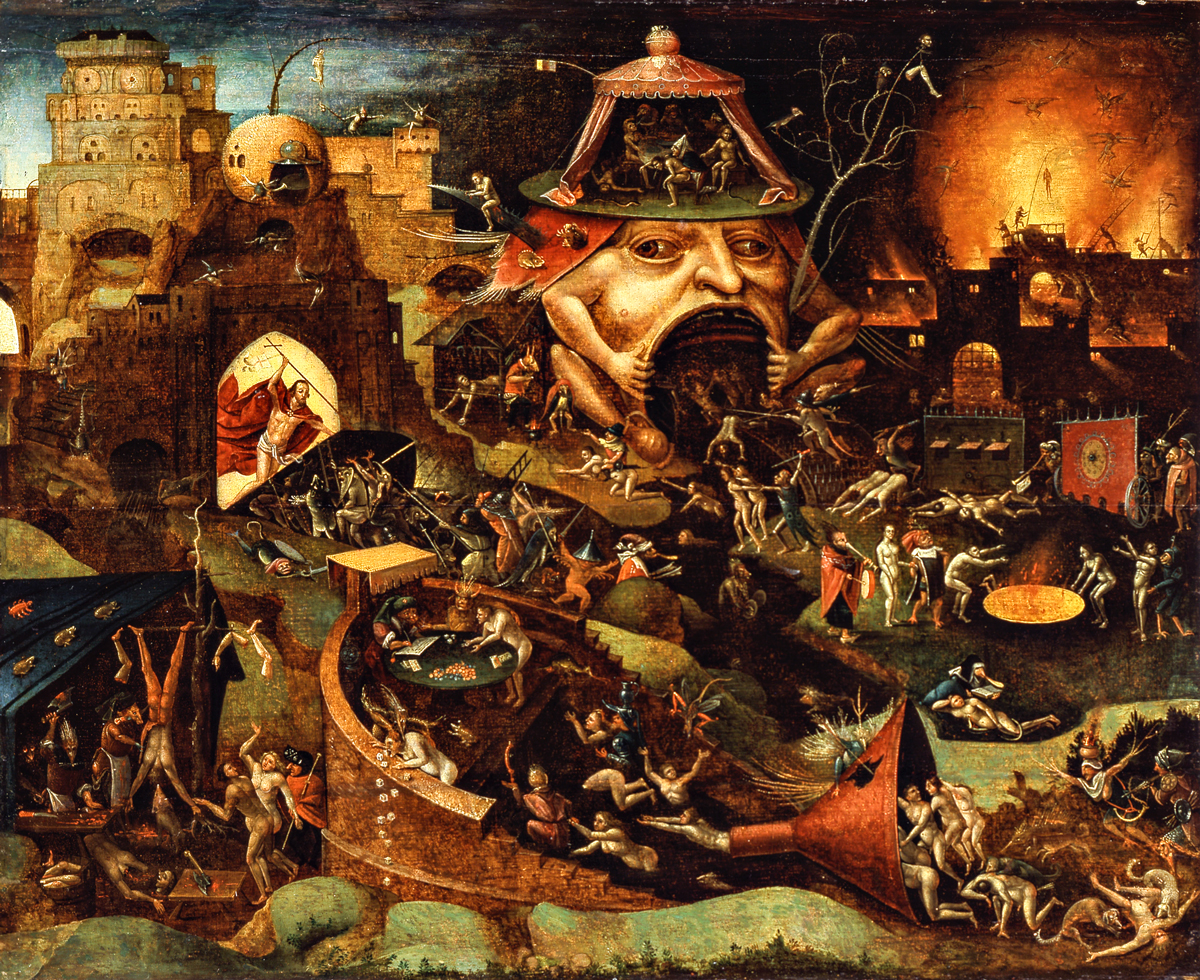 Launch the slideshow
Read more:The most harrowing paintings of Hell inspired by Dante’s “Inferno”
Read more:To hell and back: Journeying with Jesus from death to life
Tags:
Art
Support Aleteia!