Why we need to bring back baseball as our national pastime 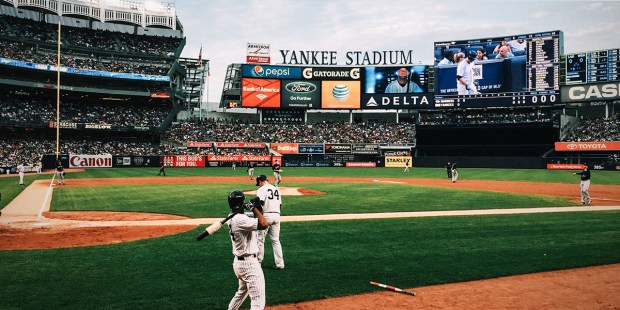 Baseball is designed the break our hearts, and that’s a great thing.

It’s Sunday night, the weekly family dinner night for our clan. My wife and I have gathered at the home of my eldest daughter this week. It’s one of the best nights of every week, and making it better this Sunday is the St. Louis Cardinals against the Chicago Cubs on TV. Yes, Major League Baseball season is back! It’s one of the best parts of the year.

Besides faith, family, and a strong work ethic, baseball is one of the notable markers in my family’s genes. It’s part of the fiber of our family. It’s what makes the season-opener feel like a holiday. Truth be told, this still holds true for much of America, even though the demise of all four of those things in our country has been bemoaned at times over the last 25 years.

I don’t care what the polls and studies say about football and NASCAR; baseball remains the national pastime for many Americans and we would do well to recapture that.

Former MLB commissioner A. Bartlett Giamatti once wrote, “It breaks your heart. It is designed to break your heart.” He was referring to baseball. But think about it. He could have been talking about our given religions, our families, our jobs, even our country. When we love, we risk heartbreak. It’s terrible. And it’s wonderful. But it’s the American way. Here are five reasons our nation needs to recover our national pastime …

In 2015, 403 players in the National Football League weighed more than 300 pounds. The average player in the National Basketball Association stands 6 feet 7 inches. In order to be even a bad player in the National Hockey League, a guy has to be able to skate like it’s second nature, including backwards. And in the NFL and NHL, they’re all wearing helmets, making it tough to really see them.

Baseball players wear caps — at least most of the time. We see their beards and smiles, their grimaces and platinum-dyed hair. The average player is about 6-foot-1 and 196 pounds. Sure, they are more muscular and in better shape that most of us sitting in the bleachers or on our recliners. But they look much closer to the average man.

Read more:
What Baseball Can Teach Us About Those Heart-Clutching Moments

What’s more, they really do look like all of us. In 2016, the big leagues included players born in 47 different states and the District of Columbia. That included caucasians and African-Americans, Hispanic-Americans and Hawaiians, farm kids and city kids, guys from places that measure annual snowfall by the foot and guys from ocean-front beach towns. Big-league rosters also included players from 22 other countries, including 149 Dominicans, 112 Venezuelans, 22 Asians, six Europeans and 13 Canadians. Any of them could be the boy next door.

2. Baseball is competitive without the violence

The game is exciting. I have witnessed almost 1,000 games in person and countless more on TV and radio; something new seems to happen every time. The power, the speed, the nuances … the pitching duels and the long home runs … the bang-bang plays at first base and the thrilling how-did-he-do-that catches in the outfield. But aside from the concussions suffered by catchers taking foul balls off their masks, there rarely is anything truly as violent and disconcerting as seen in other sports.

3. Baseball has a rich history

The game we watch today is virtually the same game played by my grandfather against Babe Ruth and Lou Gehrig on his 1920s House of David barnstorming team. Even today, those two names mean something to people. Same with Jackie Robinson and Roberto Clemente, Mickey Mantle and Hank Aaron and Willie Mays. In St. Louis, the late Stan Musial has as many or even more fans today than he did when he retired 54 years ago. Soldiers played baseball in down time during the Civil War — on both sides. That history is what helps unite people in the seats today.

4. Baseball has a slower pace

One argument of football, basketball and hockey fans is that baseball is slow, boring, and that games last too long — although the average big-league game is shorter than the average football game. But it’s that slower pace that makes baseball so special. That characteristic gives fans time to dissect decisions and second-guess the manager. And it makes for a great place to spend time on a date, to have fun with friends, to enjoy time with children, to connect with parents.

Pitchers and catchers report for spring training in Florida and Arizona about the middle of every February. Forget the groundhog; that’s the first indication that spring is on the way. The baseball season includes Easter and Halloween, along with the in-between holidays of Memorial Day, Fourth of July and Labor Day. It begins when it’s rainy, breezy and still chilly, then moves on through the beauty of spring and heat of summer vacation. Finally, the World Series ends when the leaves have turned colors, then fallen to leave the trees bare in blustery autumn.

Show up every day over the long haul. Sometimes you win, sometimes you lose. What matters most is how you play the game. In those ways, baseball indeed is a lot like life in America.