Shroud of Turin coins may finally have been identified 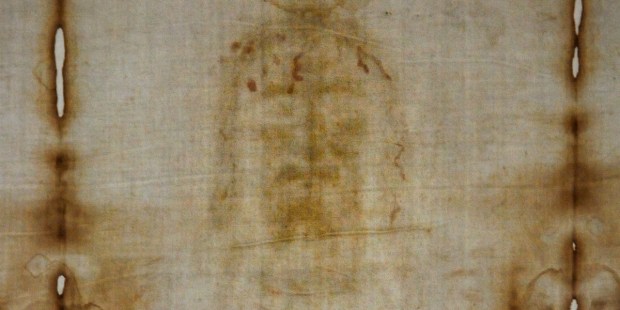 New technology offers additional proof of the authenticity of the Shroud of Turin.

In an interview with RCF Liège, the numismatist Agostino Sferrazza addressed the old question on the coins that cover the eyes of the Man of the Shroud. According to his conclusions, these pieces must have been coined in the days of Pontius Pilate, circa the year 29. This could constitute an additional proof of the authenticity of the Shroud of Turin.

Back in 1976, the hypothesis of the presence of coins covering the eyes of the Man of the Shroud was first introduced, thanks to a 3D projection of the mysterious image. In it, scientists note the presence of small bulges on the ocular orbit bones which wouldn’t match any possible morphological particularities. The hypothesis states these might have been leptons: small coins of low value that were common in Palestine in Roman times.

These initial observations were pushed further. Using advanced technologies, researchers have tried to identify drawings and inscriptions on these alleged coins. On the disc covering the right eye, apparently a “lituus” (a curved augural staff used in Roman religion) can be observed. On the disc over the left eye, we find a sacrificial cup. Those who refute the authenticity of these findings are expected to also reject this theory quite vigorously, suggesting that those who want the Shroud to be dated to the time of Christ are “willing themselves” to see the imprint coins where only simple interwoven textile fibers are to be found.

But these refutations can be contrasted with further evidence. Besides the drawings, researchers have managed to read the letters YKAI in the coins. This is thought to be the visible part of the word “TIBERIOY KAICAPOC”, Greek for Tiberius Caesar; that is, Emperor Tiberius. This would be a strong indication that these coins are comparable with other currencies from the Roman era, and might indeed be pieces that were being used at the time of Jesus’ Passion.

Coined in the year 29

In his interview with RCF Liège, Agostino Sferrazza supports the theory of the authenticity of the pieces and dates them to the time of Pontius Pilate. This theory is based on the images produced by computer scientist Nello Balossino, an associate professor at the Turin Faculty of Sciences, who succeeded in bringing out an image of the sacrificial cup on the right eye of the Man of the Shroud. According to Agostino Sferazza, there is no doubt: these pieces were indeed coined in 29 AD.

Read more:
New Study: The Shroud of Turin and the Sudarium of Oviedo Covered the Same Person

This article was originally published in Aleteia’s French Edition.