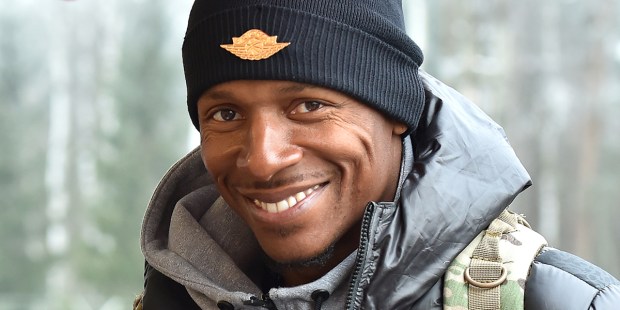 Allen said he wants to “inspire people to break down stereotypes, and treat one another … like family.”

Two-time NBA champion Ray Allen isn’t taking it easy during his retirement. Besides running his own restaurant in Miami, Allen has decided to spend his free time educating others about the weighty topic of the Holocaust. He was even appointed as a member of the United States Holocaust Memorial Council by President Obama.

Allen has been a strong supporter of the Holocaust Memorial Museum in Washington D.C. during his NBA career, often taking teammates, family and friends to visit it. As a rookie for the Milwaukee Bucks, owner Herb Kohl took Allen to the museum and the experience deeply affected him.

In an interview with the museum, Allen related how he later explained to a friend the importance of the museum, “This is about people being enslaved and people being annihilated. And this is a lesson, so slavery doesn’t happen anymore, so people don’t believe that they’re better than the next person. This is all about slavery. It just so happens to be spoken through the words of the Jewish people in the Holocaust, people who the Nazis tried to annihilate.”

He also explained in an interview with ESPN how he has made sure his own children are well educated about the Holocaust, “I have a 24-year-old, 12-, 10-, 7-, and 5-year-old boys. The world is so small. They have access to everything. I try not to hide the world from them. Because it’s happening right in front of us. I try to just let them experience everything, and then talk to them about it and see how they feel, get them thinking from a spirited perspective. I want my children to be very aware of the world that they’re walking into.”

Recently Allen visited Poland with a few friends and according to Tablet, spent time at the “former Warsaw Ghetto; met with the nuns from the Franciscan Monastery of the Maria Family, where over 750 Jews were saved during the Holocaust; ate dinner with a group of people deemed by Yad Vashem to be Righteous Among the Nations; watched The Zookeeper’s Wife at Warsaw Monastery; met with Moshe Tirosh, the last living survivor of the Zookeepers villa who was hidden there when he was 6; and visited Oskar Schindler’s factory in Kraków.” Allen even helped rescue a Jewish headstone that was stolen during the Holocaust and used as a stone for building a house in a small Polish town.

He used every opportunity to inform others about his experience in Poland, conversing with high school students at the airport and Snapchatting his trip to family and friends.

As he explained to ESPN, “I want to inspire people to break down stereotypes, and treat one another — regardless of race, religion or anything else — like family. It’s more important now than ever.”