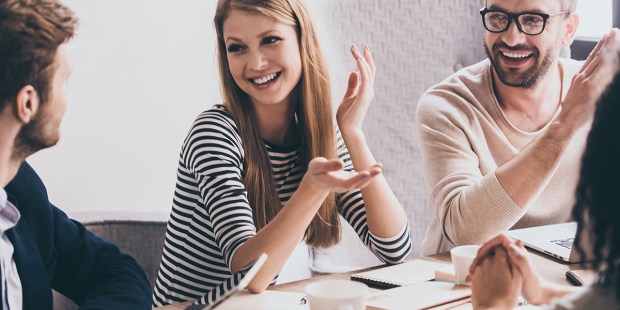 Do you ever feel like a fraud? When someone compliments you on work well done, do you get embarrassed and duck your head, or even feel mildly guilty — like you’re accepting praise for something you haven’t earned?

Read more:
5 Ways to Be a Courageous Catholic at Work

Don’t worry, you’re not alone. It’s not just self-deprecation or a lack of confidence. Feeling like your success is due to luck or chance rather than your abilities is called Imposter Syndrome. According to Business Insider, it’s a sign that you’re both intelligent and capable.

The good news is that despite your self-doubt, it’s pretty revealing of your ability. Imposter Syndrome means you’re far from a fraud, but without acknowledging and accepting your ‘impostorism,’ your self-deprecating behavior and disbelief in your abilities might lead people to believe you’re faking it. It’s this reason Lizzi Hart of the Graduate Recruitment Bureau encourages you to embrace your Imposter Syndrome, and use it to your advantage.

Women, especially those in academia, usually suffer the most from Imposter Syndrome, but the rise of social media has led to an increase in younger workers. Recent graduates just entering the workforce are already nervous about starting their life, and having grown up comparing themselves to the faux-lives of friends and strangers on Facebook and Instagram further undermines their confidence.

Read more:
A Word to Millennials in the Workplace

There is good news if you have Imposter Syndrome, though. It usually means you work twice as hard as everyone else, since you constantly feel the need to prove yourself (even though you already have). You’re also far less likely to celebrate achievements by resting on your laurels, and instead jump right back into work. Basically, Imposter Syndrome gives you a killer work ethic — but it’s a double-edged sword.

Being too vocal about your self-doubts or relying too much on self-deprecating humor can undermine others’ confidence in you as well. The best thing to do is to fake confidence even if you don’t feel it, or at the very least, keep your doubts to yourself.

Whatever you do, don’t get down on yourself for feeling this way. It can be a powerful impetus to accomplish your goals, so embrace it — on the inside. On the outside, fake it till you make it.

And don’t worry — you will!