Do I believe in the resurrection of the dead? 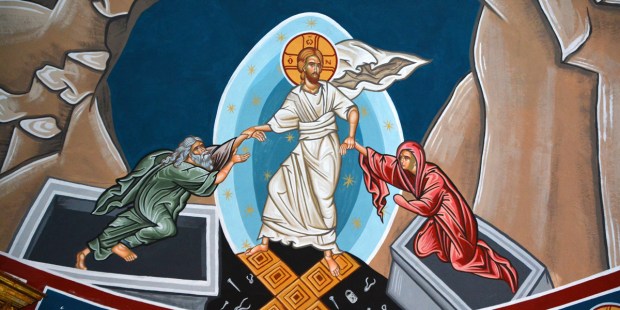 Our eternity isn’t to be spent in a perpetual, out-of-body experience.

“I believe in the resurrection of the dead.” I have prayed those words an uncountable number of times, during the Mass, at the beginning of rosaries, in religious education. It appeared, however, that I never actually paid attention to the words I was praying, because when a Protestant member of my high school Bible club mentioned a future where our souls will be reunited to our bodies, all I could think was, “Do Catholics believe that?”

We do. In fact, it’s a very important aspect of our faith, so much so that we repeat it at Mass every week. The truth of the matter is that there is a common misconception about eternal life that neglects and undermines the amazing truth and hope found in the resurrection of the dead.

The misconception I am speaking of is the idea that our final destination as Christians is an eternity in an ephemeral, cloud-based heaven, where our souls sail about unencumbered by our bodies and basking in the spiritual glory of God. The Church tells us that this image is simply not the case. Our eternity isn’t to be spent in a perpetual, out-of-body experience.

To understand this teaching, let’s backtrack to the account of the resurrection of Christ. That Christ gave himself on Good Friday to save us from our sin is made known through the Gospels; meanwhile, tradition tells of how Christ descended into hell and liberated the newly sanctified souls, leading them to heaven. And then the story continues. Christ rises from the dead, and in so doing manifests our destiny to be ourselves raised from the dead.

Remember, of course, that God isn’t just going to plop us in a copy of our current bodies. Instead, our rising from the dead will be a rising unto glorified bodies. Christ illuminates this truth for us as well. Remember how Mary Magdalene didn’t recognize Jesus? How the two disciples on the way to Emmaus couldn’t either? It’s not merely that they were dumb or blind or Jesus thought it would be fun to wear a disguise. Rather, His disciples couldn’t recognize him because Christ had revealed himself in his glorified body. It was different; it was perfected; it was the human body supernaturally perfected and free from death. It was Jesus, risen from the dead, but somehow unrecognizable as glorified. In his resurrection appearances, Christ revealed not only his new glorified life but also our future with him — life eternal, with a glorified body and soul, living on the face of a renewed earth.

By being raised bodily from the dead, we will be fully united, body and soul, with God. This truth is described in the Catechism: “At the end of time, the Kingdom of God will come in its fullness. After the universal judgment, the righteous will reign for ever with Christ, glorified in body and soul. The universe itself will be renewed.”

Though this may seem like a small, silly distinction, eternity embodied or not, it really is a significant tenet of the Christian faith. Lumen Gentium states that he Church “will receive her perfection only in the glory of heaven, when will come the time of the renewal of all things.” This line describes the perfection of the Church, and all her members, as being wholly fulfilled only at this renewal of all things which we call the creation of a new earth. Until then, the Church awaits her full perfection.

Our perfection after death, therefore, comes not as mere souls divorced from our bodies, but as new creations. At the end of time, we will live fully in God’s presence, but will do so bodily as well as spiritually. We will retain our nature as children of Adam and Eve, who were made to walk in the garden with God. But we will be glorified in body and soul, as the Incarnate Word himself after his resurrection. This truth is an important one to contemplate because it strengthens our hope by reminding us that we are made for more than this world, and that we are made for more than an ephemeral concept of “heaven.” We are made for life with the Risen Christ, sharing a life like his, in a renewed creation he is preparing for us right now.