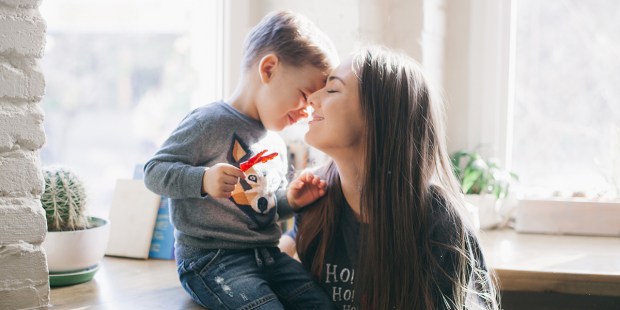 Does “professionalizing” the role of a parent decrease its joy?

I read Alison Gopnik’s article, A Manifesto Against Parenting, the way all superior, attentive parents read articles: on a cell phone, while my two kids’ many needs mounted at my knees. “Momma, Momma,” my 3-year-old called to me, but it was a Saturday morning, and my husband was also available to fetch fruit and fill Frozen cups with desired beverages, so I kept reading.

In her essay, Gopnik questions a fundamental way that our culture thinks about parenting. She starts with this fascinating fact: the word “parent” didn’t enter American usage as a verb until 1958. Prior, she points out, the word was just a noun. Today we don’t find it strange to use “parenting” as a verb, but no grandpa ever says, “I need to go grandfather now.” And no husband tells his wife, “I’m sorry I’ve been husbanding poorly.” Yet I’ve frequently gotten off the phone with my sister because, as I’ve told her, “I have to go parent.” This, Gopnik argues, is a problem.

Gopnik says that this thinking is so pervasive in our culture that it seems obvious. But she wants to rewrite it.

“Let’s recall,” she continues, “that ‘parent’ is not actually a verb, nor is it a form of work. What we need to talk about instead is ‘being a parent’—that is, caring for a child.”

I’ve been five years “on the job” with no break

A good chunk of this sentiment rails against much of what I’ve learned about my job, er, I mean my role — or better yet, vocation — as a mom. From my mother-in-law to Oprah Winfrey, women regularly say motherhood is the hardest job on earth. And my experience has led me to concur.

I have a typical 3-year-old with erratic emotions and a disabled 5-year-old with limited fine motor skills. I spend a lot of time dumping pee from small potties into a large toilet, wiping butts that aren’t mine, and fielding requests for string cheese, to name just a few tasks. When I’m talking my 3-year-old into wearing pants, or showing my nonverbal 5-year-old how to find the words “please” and “thank you” on her iPad, or doing both at once, what I’m doing feels as hard as (and sometimes harder than) any paying gig I’ve held. When my 5-year-old wakes up all night long, leaving my husband and me to tag-team soothe her, we both feel like we’re busting our tails 24-7.

Read more:
Why are modern parents so overwhelmed and burned out?

Since the start of my life as a mom, I’d often thought of it as a job. I keenly remember my first maternity leave. My baby, like most babies, nursed and slept all day, but she wouldn’t let me put her down. I felt unproductive. So I decided to treat a day like an eight-hour shift: I strapped my sleeping newborn into a Moby wrap and carted dirty laundry into the basement, congratulating myself for being useful while my husband was earning a paycheck. “I’m working,” I thought.

Five years on “the job,” this notion hasn’t left me. I often teach in the mornings and then pick up the kids from daycare or preschool, beginning my long second shift. If my job as a mother is in fact 24-7, then I never get a weekend.

But how happy has this thinking made me? I consider my husband, who comes home from work and immediately plays with the kids. He wrestles with them. He laughs with them. They squeal with delight. Meanwhile, I stand in the kitchen, tallying our collective chores: dinner to make and dishes to do and laundry to switch into the dryer. I am a living example from a chilling report: in 2014, Penn State researchers conducted a study that compared people’s stress and happiness at work and at home. Men reported feeling happier at home, while women reported feeling happier at work. Home, in other words, is not a woman’s happy place.

Does the idea of “parenting as work” fuel this pattern? After all, while both “parent” and “mother” are verbs, “father” is not (or at least not as often). Does professionalizing the role of motherhood decrease its joy?

“To be a parent is to be part of a profound and unique human relationship,” Gopnik writes, “to engage in a particular kind of love, not to make a certain sort of thing.”

Read more:
How not to run the motherhood marathon

So … I tried my new mantra

And a very strange thing happened. Within a few minutes, I found myself on the couch reading a novel while my 3-year-old fiddled with her Lite Brite and my 5-year-old flipped through a magazine. We were just … hanging out, the way I sometimes find my husband when he’s with the kids.

Why did I do this? Because if parenting wasn’t a job but a relationship, then “hanging out” was precisely what my kids and I should sometimes do. A healthy relationship flourishes when both people have their needs met. And downtime is not just a human need; for me, it’s a spiritual requirement. A day of rest is a commandment. (My husband is an Episcopal priest and works on Sundays; we try to have our Sabbath on Saturdays.)

“Parenting me” would have thought: Get thee to work! Bust out that Melissa & Doug alphabet puzzle. That Elsa and Anna matching game. Why aren’t you doing something that’s enriching your kids’ development? Or cleaning up your family’s filth?

Or, perhaps “parenting me” would have done precisely what I was doing—reading a novel—but would have felt oppressively guilty about it. And, I’m sure you know this, but relaxing while feeling guilty about relaxing bears little resemblance to relaxing.

Read more:
How to Know if You’re Over-Parenting

This Saturday morning, I was at ease. I didn’t bustle over to the kitchen and fry the morning eggs. Didn’t tidy up the magazine pile made by the 5-year-old. I didn’t even feel bad about not doing these things. I just loafed on the couch with a book as my kids occupied themselves. It’s not a job. It’s a relationship.

Here’s an amazing thing: eventually my 5-year-old brought over a copy of Brown Bear, Brown Bear. I looked up from my novel. She flipped the pages beside me. She approximated the names of the animals on each page. Cat was Ka. Sheep was Mmmp. And without any sense of obligation, without fatigue, I started naming the animals. “Purple Cat.” “Black Sheep.” I smiled. I wasn’t doing this to help foster her language skills. I was simply doing it out of love. It didn’t feel like work. It felt easy. And then I turned back to my novel.

I felt, for a brief moment, the way my husband seems when he relaxes on the couch while the kids play, or when he wrestles with them on the floor. I felt content as a parent. There was not a blessed thing I needed to do differently in that moment as a mother, because my “job” as parent was not to shape my kids into better people. It was to abide in our relationship together.

A few minutes later, I did in fact get up to make breakfast, and the 5-year-old drifted to the 3-year-old’s Lite Brite, grabbing heaps of plastic neon pegs and scattering them all over the floor. The 3-year-old cried. My husband intervened. He tried to get our 5-year-old to choose only one peg at a time. She resisted, wanting to plunge her hand into the container of pegs like it was a sensory bin. He said ‘no’ and told her she could only remove one peg at a time. She cried. He was firm. She cried harder. Tensions ran high. It was a drawn-out struggle.

I walked from the kitchen into the living room. “That’s the kind of parenting that looks like work,” I said. My husband was sitting on the floor. I knelt down and hugged him. The 3-year-old found a way in between us and joined. The 5-year-old came over and snuggled against my back. There, on the floor, my family of four hugged. For two whole minutes.

I don’t mean this to end in a saccharine way, with the aftertaste of artificial sweetness, as in, “Look at how a single mantra transformed every one of my parenting moments into a hug-fest of bliss.” It’s been a week since I first read Gopnik’s essay, and I’ve had plenty of moments like my husband’s, where I was managing the complex special needs of one child or the stubborn emotional needs of another. These moments still often feel like work.

Yet I think there’s something to my new mantra. If I see motherhood as a relationship rather than a job, even sometimes, then I don’t need to know the statistics on media consumption or outdoor play or vegetable intake to be a good mother. I don’t need to succeed at pleasing “the bosses,” those parenting experts who write articles about co-sleeping and screen time and temper-tantrum management. No, instead I need a combination of love and care for my kids, and love and care for myself. I need to listen: to my body, to my instincts, to my kids, to the quiet inner voice after a long morning that might say: We all need a break.