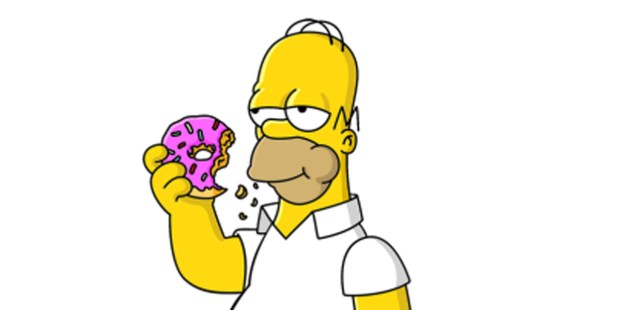 Let’s be honest: The best TV dads can be a little boring.

Oh, they’re great, sure, these handsome sages of the domicile. They didn’t call that 1950s comedy Father Knows Best for nothing. Fathers — the best TV fathers — always did know best. In Leave It to Beaver, Ward Cleaver would always calm a house in total chaos with a gentle smile and a sage word of advice. Andy Taylor (The Andy Griffith Show) needed to just flash a stern look and crack a little joke to make everything just fine.

But Ward wasn’t that wise all the time.

Those of us lucky enough to grow up with a dad know full well that fathers don’t always know best. Oh, they have their moments to be sure. And they might know the best way to catch a fish, or change the oil, or make your little brother laugh until milk spurts out his nose. But real fathers, even the best fathers, aren’t at their best all the time.

Those are the sorts of fathers that many of us will honor and celebrate this upcoming Father’s Day — the dads who’d embarrass us, who exasperated us, who might shout a little too loud at the TV during the football game or whose favorite phrase during long trips was, “If you kids don’t pipe down back there, I’m turning this car around!” Because for all their sometimes flaws and foibles, you always knew they had your back, no matter what.

And so in honor of those dads, we give you five of television’s best fallible fathers (and a few flawed lessons they teach along the way).

The Addams Family patriarch is, to be candid, a bit eccentric. His house is filled with grotesque oddities and terrifying sights (and that’s just talking about his live-in relatives). He invests his vast wealth in crocodile farms and tombstone factories. But while Gomez might not be an ideal neighbor, he’s also a devoted husband and — for our purposes — a doting father. He loves his children, Wednesday and Pugsley, and he takes great delight in all of his children’s interests. “Let ‘er rip, my lovely little atrocities!” he shouts as the two prepare to crash a pair of model trains.

Ideal father? Hardly. But Gomez gets one thing right: Time spent with children is irreplaceable, and it’s so important to spend time doing things your kids love to do. For most dads, that might mean going to a tea party or playing a game. But, as The Addams Family shows us, every family can be a bit … different.

Unlike Gomez, Jack rarely spends a nice, quiet afternoon with his daughter, Kim. But when they do see each other, Jack makes it count. Why, seems like every time Jack turns around, Kim’s been captured by terrorists or is being threatened by wild cougars. And Jack, no matter how crazy his day might be (and trust me, it’s always crazy), finds time to rescue his little girl. Sure, they’ve had some rough spots in their relationship. But Kim eventually goes into the same line of work as her dear papa. Nice tribute, that.

We don’t need to chase terrorists for a living to know that life, and family, can be pretty chaotic. In our busy worlds, it can be hard to spend time even with the people who mean the most to us. But there’s no doubt that Jack loves his little girl and, like most dads, he’ll always be there when it matters most.

Funny. Warm. Easygoing. These are the sorts of traits that we’d typically use to describe Roseanne’s flannel-wearing husband. But truth be told, he’s not always so warm-and-fuzzy with his children. When daughter Becky ran away and eloped, Dan barely spoke to her for a full season. He struggled when his other daughter, Darlene, started spending lots of time with future hubby David, too. But he did patch things up with both in the end … and before his own end came.

“There’s some things in life that we can’t prepare for,” Dan once said. And frankly, I don’t know if any father is ever prepared for their children to grow up. It’s tough to watch kids make choices you’d never make. It can be hard to say goodbye when they physically leave to make lives of their own. But ultimately, it’s the job of every parent to facilitate this very thing.

We don’t get to see much of Matt Murdock’s father in Netflix’s superhero series Daredevil. We know he was a boxer, and a sometimes crooked one at that. We know that he feels he hasn’t been a very good father. When he talks to his wife over the phone, he tells her that Matt’s “a good kid. He sure … didn’t get that from me.” But one night, he decides not to take a dive, like his mob bosses want. He decides, for his son, to be a hero — even if it costs him his life. “Just once I want Matty to hear people cheer for his old man,” he says. “Just once.”

I think that most kids want to make their parents proud of them. Some work their whole lives to earn a hint of praise. But you know what? Parents want their kids to be proud of them, too. We want to be the heroes that they first imagine us to be. We want to set an example. And if we follow those instincts, we can become better fathers.

Homer Simpson should be the best dad in America, given all the practice he’s gotten. We first met him and his yellow-tinged clan way back in 1987 (on The Tracey Ullman Show), which means he’s been a TV father for just about 30 years. But no matter: He’s still a woefully imperfect pops, liable to strangle Bart for small infractions, mock daughter Lisa for her do-gooding ways and eat far, far too many doughnuts. But for all his very, very obvious failings, he’s dedicated to his family, risking life and limb and livelihood for each and every one of his children.

His attitude is summed up nicely during a flashback episode, when Maggie’s born and Homer has to grovel to get his old job back to pay the bills. When Homer’s evil boss gives him a plaque that reads, “Don’t forget: You’re here forever,” Homer covers part of the plaque with pictures of his youngest daughter, Maggie. The letters left visible? They read, “Do it for her.”

And that’s what being a dad is all about, isn’t it? What we do, we do for her. For him. For them.

We don’t always do it perfectly. Sometimes we make a big mess of things. Sometimes we go to bed knowing we’ve failed our children. But we get up the next morning with a chance to do it again, and do it better.

So Happy Father’s Day, all you dads out there, who get up every day to earn that “World’s No. 1 Dad” mug. We know we don’t always live up to that mug. But that never stops us from trying.