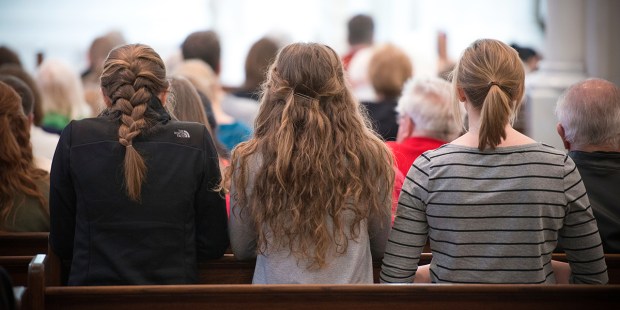 The church building is more influential than a youth group, study suggests.

According to a new study by the British-based Christian youth organization Hope Revolution Partnership, tried and true tools of evangelization, such as the church building itself, are very influential in a young person’s conversion to Christianity.

The Telegraph revealed the results of the study, stating that, “Around 13 percent of teenagers said that they decided to become a Christian after a visit to a church or cathedral.”

Even more surprising was the report’s finding that the “influence of a church building was more significant than attending a youth group, going to a wedding, or speaking to other Christians about their faith.”

In fact, “The study suggests that new methods invested in by the Church, such as youth groups … are less effective than prayer or visiting a church building in attracting children to the Church.”

While the study was only directed at those involved with the Church of England, the results appear to confirm what many University Centers across the country are discovering. For example, at the St. Thomas Aquinas Church at the University of Nebraska Newman Center, a recent building project put the church structure at the center of evangelization efforts.

Students helped plan the new church building, which was built according to traditional architecture. Bishop James Conley of Lincoln explained in an interview with Adoremus, “We think the style and the whole structure of St. Thomas Aquinas Church will communicate beauty, and beauty attracts. … We believe that students will be drawn to that. They already have. There are always students in there. They’re drawn to the beauty and lifted up.”

Since the completion of the project the results have been clear. Architect Kevin Clark revealed to Adoremus what has been happening since the church was built. “It is amazing to watch Catholics and non-Catholics participate in the physical beauty of the building. It’s part of their conversation, it’s an intrigue. There are quite a number of non-Catholics I bump into when I’m giving tours. … They just want to be there, they just want to see it, and it has really become an element of the city’s fabric.”

Another university center that has responded is the Saint Paul University Catholic Center in Madison, Wisconsin. Construction of their new chapel is nearing completion and is meant to inspire by its beauty. On their website the Center explained why they chose to build a more traditional-style building, “Students are thirsty for beauty; a recent study said beauty was one of the most significant reasons people come to and stay with the Catholic faith. The facility needs to be large, beautiful, and visible enough for students to notice it. Students tell us that their friends don’t realize that the grey concrete building next to the bookstore is a church.The design has taken elements from the Church’s architectural history that embody the beauty of our faith but are also complementary with the downtown Madison streetscape.”

As the Pontifical Council for Culture stated in its document “The Via Pulchritudinis:”

The way of beauty replies to the intimate desire for happiness that resides in the heart of every person. Opening infinite horizons, it prompts the human person to push outside of himself, from the routine of the ephemeral passing instant, to the Transcendent and Mystery, and seek, as the final goal of the ultimate quest for wellbeing and total nostalgia, this original beauty which is God Himself, creator of all created beauty.

Of course, the beauty of a church building is only one part, or one step on the Christian journey, but according to recent studies and experience, it is a very important one that should not be missed.

Read more:
Liturgy as a True Force for Evangelization