After 70 years, finding a brother I didn’t know I had 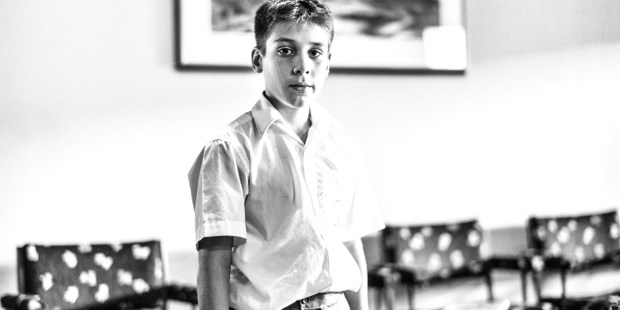 In a way I had not anticipated I found, in another, “me.”

My “lost” half brother is “lost” no more. We had our meeting after 70 years of separation.

I had known about a half brother since 1967. That was the year I was old enough, 21, to request a vital statistics copy of my original birth certificate from the state of Kansas. I found the name of my birth mother, my birth father, and a complete surprise, notice that she had had one previous live birth, a boy.

Questions about my adoption arose every now and again thereafter, rising unbidden. When they did I had a sense of being incomplete — only part of who I ought to be, or should have been. I would poke around from time to time, get a bit of information (step-sibling incest, for example) and then step back, and prod again at the information I did have. I was content to let it lie for while, until the next time, when it was no longer enough.

Having only incomplete information allowed my imagination to spin unhindered. I imagined pleasant, albeit somewhat melancholic scenarios. But bit by bit reality replaced the “facts” I manufactured.

Perhaps my biological parents were classmates at Wyandotte High School in Kansas City, Kansas, and I was conceived incautiously? No, they weren’t, though she was a graduate. Then I learned they were adult step-siblings.

But she was quite young, certainly, with a certain innocent naivete? No, she wasn’t. She was mid-20s; she already had a child.

She was unmarried. Yes, but she had been married and she divorced from a marriage that ended abruptly within a year, nearly coincident with the birth of my half-brother.

But it was coerced sex? Maybe, but I suspect, she may well have been the instigator, if there was any coercion to be done. She was said to like a party and was adept at finding one.

There is no question, though, that she kept the first son and gave the second son to adoption. There was a question: What was so unappealingly bad about me? All my life that question hovered, as a song has it, like “a shadow on the wall.”

I am well aware there are plenty of good, solid reasons for my adoption; no question. The stark facts around an out-of-wedlock pregnancy in 1947 argue that she did the best thing possible for me. Given we were then only 26 years away from Roe v. Wade tends to make any adoption hugely preferable to anything else. I was not abandoned to adoption; I was rescued by it.

Still, what sometimes churns deep in the gut is counter-factual and speaks endlessly of “what if.” In meeting my brother (I’m dropping the “half” because it doesn’t seem to fit anymore), my life and his too, looking at each other, we have traveled to the best possible outcome.

The bare facts are these. My birth mother, already mother to my brother, became pregnant by her step-brother. She dropped her son off with her mother (who was living unmarried with another man). After my birth she then reclaimed her son and kept him until her ex-husband showed up and took the boy. He had the greater hand in raising my brother. But she was frequently in his life, weekends and so forth, until the later years of her life when they lived nearby each other until her death at age 69, of lung cancer.

It is clear my brother did love her dearly.

By happenstance, all three of us briefly lived in the same small Missouri community where I was then a Lutheran pastor. We undoubtedly shopped the same grocery, pumped gas at the same station, frequented the same post office; the intersections of our lives are remarkably entangled.

So my brother and me, we met. We met like good friends, is all I can say. Photos galore, timelines explored, coincidences exclaimed, questions asked and answered.

My brother’s friend, who was present, kept asking me how I felt about all of it. There’s an impossible question. If you want to stagger an introverted intuitive thinker into stumbling silence, feeling is a trigger word. Had she asked “What do you think about this,” I would have clicked off six ready opinions with at least four subsidiary conjectures.

As it was, I had no idea what I was feeling. I was still processing information.

For starters, I am no longer an only child, and I really liked being an only child. Not only did that disappear, now I’m a kid brother with less hair than the elder. It’s messing with my identity, is what I’m thinking. But feeling?

Now, some days distant from first laying eyes on the man, I know what I’m feeling. In a way I had not anticipated I found, in another, “me.” A piece has turned up for my life; a piece I never truly realized was missing. I had not expected that (so much for intuitive thinking). But I am immensely grateful for it, and I shall ever thank God we both lived long enough for it to happen.

Faye and Robert were the names of my biological parents. God grant them each “a safe lodging, and a holy rest, and peace at the last.”