Visit the Old City’s only museum dedicated to the roots of Christianity.

Located at the second station of the Via Dolorosa, the 14-station path Jesus took as he carried his cross to his crucifixion, the Terra Sancta museum in Jerusalem offers visitors an immersive experience, transporting them to the time of King Herod.

Run by the Franciscan brothers from the Custody of the Holy Land, the museum was opened in 2016 to share the story of Christianity, inform visitors about the Christian presence in the Holy Land, and to foster an inter-cultural and inter-religious dialogue.

Visitors arriving at the museum, housed in the Monastery of the Flagellation, stand at the spot where, according to tradition, Jesus was flogged by Roman soldiers after he was sentenced to death by Pontius Pilate.

In the first section of the museum, the Via Dolorosa section, a multi-media installation provides visitors with an immersive experience they might not get simply walking the modern-day streets of Old Jerusalem.

The 15-minute exhibition takes visitors on a tour of Jerusalem, highlighting the city’s history, from the birth of Jesus until present day Christianity. The presentation explores  the archaeological site and remains from the Herodian and Roman periods, and takes visitors on a virtual journey along Jesus’ Way of the Cross.

The voices, music, and sights of ancient Jerusalem help create an immersive and emotional experience to leave the pilgrim better informed and able to appreciate the actual Via Dolorosa outside the museum’s walls.

In late 2017, the museum will open a new archaeological wing, featuring more original artifacts from Christian history and the lifetime of Jesus. The museum’s collection just returned from the Metropolitan Museum of Art’s Jerusalem 1000-14000: Every people Under Heaven exhibition. 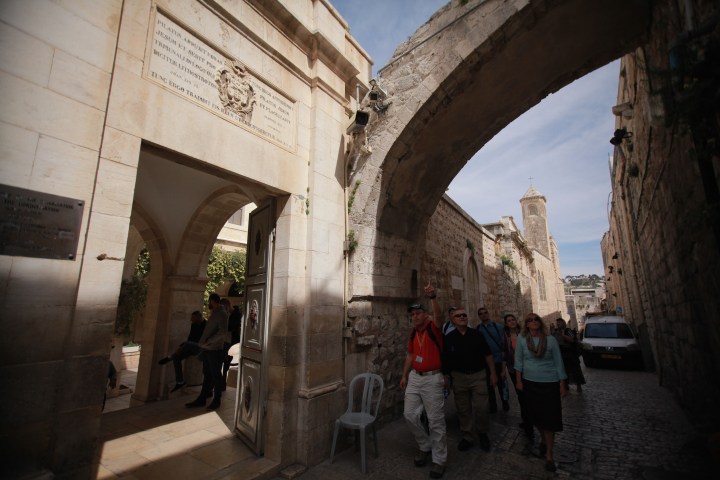