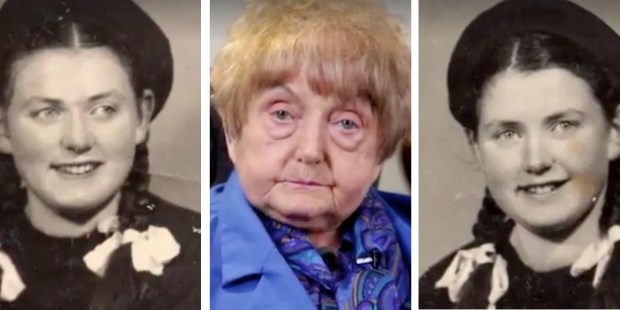 Eva Mozes has been heavily criticized for forgiving what others find unforgivable, but she doesn’t regret it.

Eva and Miriam Mozes were only 10 years old when they were taken to Auschwitz. After being immediately identified as twins, Eva and Miriam were brought to Dr. Josef Mengele, later known as the “Angel of Death,” who would experiment on them and other pairs of twins every day for the following year.

In the aftermath of one of his experimental injections (the contents of which are still unknown), Eva became deathly ill, but it wasn’t just her life that was in danger. If Eva died, her twin, Miriam, would be killed immediately as well. Miraculously, they both survived and Auschwitz was liberated four days before their 11th birthday. But both suffered long-term health complications, and the damage to Miriam’s kidneys eventually took her life in 1993.

That same year, Eva contacted former Nazi doctor Hans Munch, with whom she had been included in a documentary, and met with him for a videotaped interview in Germany. “I asked him if he’d seen the gas chambers,” she recounted later. “He said this was a nightmare he dealt with every day of his life. I was surprised that Nazis had nightmares too and asked him if he would come with me to Auschwitz to sign a document at the ruins of the gas chambers. He said that he would love to do it.”

As Eva searched for a way to thank Dr. Munch, she was inspired to write him a letter of forgiveness, but a friend encouraged her to go a step further: forgive Dr. Mengele. “At first I was adamant that I could never forgive Dr. Menegle,” she said, “but then I realized I had the power now … the power to forgive. It was my right to use it. No one could take it away.”

Read more:
Midwife from Auschwitz: The woman who saved hundreds of newborns

“The day I forgave the Nazis, privately I forgave my own parents whom I hated all my life for not having saved me from Auschwitz,” Eva said. “And then I forgave myself for hating my parents.”

Many other survivors weren’t happy with Eva’s decision to forgive, calling her a “traitor,” but Eva is clear that she offers only her own forgiveness; she has no right to offer anyone else’s. “Forgiveness is really noting more than an act of self-healing and self-empowerment. I call it a miracle medicine.”

After all that has been taken from her, Eva refuses to give up her right to forgiveness — a right that so many give up willingly without a second thought. She knows that forgiveness is a power, rather than a lack of it, and she is prepared to exercise that power and help others do the same.