Divine Office: This prayer of the monastics has changed everything 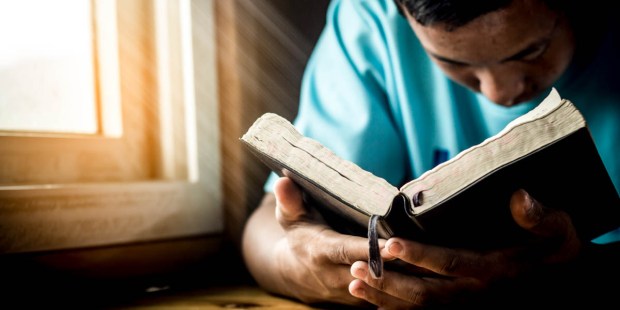 A layman praises the Liturgy of the Hours and its effect on his life and faith.

The Liturgy of the Hours is Jewish in origin, arising from the Jewish practice of frequent communal prayer (morning and evening, and at other times during the day) following the return from Babylonian exile. This prayer practice was followed by early Christians and by monks in the Middle Ages.

The structure of the Liturgy has changed a little since the 11th century, but the basic form remains the same — a combination of psalms, antiphons, psalm prayers, canticles (“little songs”), readings from Scripture, intercessions and prayers.  There are three major hours—the Office of Readings, Morning Prayer (Lauds), and Evening Prayer (Vespers).

There are also four minor hours, terce, sext, none (prayed at the third, sixth and ninth hour) and Night Prayer (Compline). Monastics are required to pray all seven hours; priests are mandated to pray at least five, when possible, and deacons are expected to pray the Morning and Evening Prayers. For us laity, it comes down to what is required for the good of our soul.

The psalms reflect the faithful Jew (David) talking to God — kvetching about his sad lot, complaining, promising to do better, thanking him for past favors, praising him for his wondrous deeds, and asking for forgiveness and help. As one writer put it:

For a middle-aged man, the psalmists’ moods and feelings came alive. One of the voices sounded a lot like a modern New Yorker, me or people I knew: a manic-depressive type-A personality sometimes up, more often down, sometimes resigned, more often pissed off, railing about his sneaky enemies and feckless friends, always bitching to the Lord about the rotten hand he’d been dealt. That good old changelessness.
― Tony Hendra, Father Joe: The Man Who Saved My Soul

We should remember, David also danced before the Lord.

Although the medieval monks memorized the Office, and Brother Lawrence (Practicing the Presence of God) memorized the psalms to have at hand if he should go to Hell, memorization is not easy for this old guy. Nevertheless, I find that as they are repeated week by week, certain psalms begin to shine like constellations changing during the season, and they stick in my mind like Oliver Sacks’ brainworms that won’t go away: the invitatory psalms before Morning Prayer, songs and canticles of praise to the Lord; songs asking for forgiveness and hoping for shelter under His wings; songs of wonder and awe at God’s creation.

Every day before breakfast, Lauds. It sets me up for the day, gives me a feeling of tranquility and perspective that all will be well. At St. Augustine put it:

Let us always desire the happy life from the Lord God and always pray for it. But for this very reason we turn our mind to the task of prayer at appointed hours, since that desire grows lukewarm, so to speak, from our involvement in other concerns and occupations.—St. Augustine of Hippo, “Letter to Proba,” as quoted in The Office of Readings, October 23.

So, to raise my devotional temperature from lukewarm, in the late afternoon I do the Office of Readings. This consists of three psalm verses, one reading from Scripture, usually the epistles, and one reading from patristic or medieval saints and scholars, plus antiphons, psalm-prayers, final prayer, and responses. Some of the readings have been inspirational; I’ve used them as springboards for blog posts. And even when I find a particular reading dull or overly florid, I go back over it and can almost always find a nugget, a raisin in the rice pudding. (I don’t like rice pudding.)

If I somehow couldn’t do the Hours, what I would miss most is Night Prayer. I pray Compline at the very end of the day, just before I’m ready to go to bed. I need it before I can sleep, to wipe away self-pity for misfortunes during the day, projections of things that might go wrong. Following the antiphon there is (optionally) an examination of conscience, a look at what you’ve done during the day, bad (and maybe good), and a prayer for forgiveness. There is a long psalm, usually one in which the psalmist complains about his troubles (that’s me—or King David?) and finally acknowledges that God loves him and he will be sheltered under God’s wings.

In sequence follows a short Scripture reading, a response, a long antiphon: “Protect us, Lord, as we stay awake; watch over us as we sleep, that awake we may keep watch with Christ, and asleep rest in His peace.” Then comes Simeon’s praise to the Lord, the Lord’s Prayer, and a final prayer that ends “May the all-powerful Lord grant us a restful night and a peaceful death.” As the capstone, a Marian antiphon.

I realize that I probably have not been able to convey the full force of the Liturgy of the Hours.  What you, the reader, might do is visit a monastery where the Hours are celebrated with chant and song. If that isn’t possible, there is a website, DivineOffice.org, where the various  Hours are given both as a web page and a podcast. And then, of course, there are always the books for the Hours, a full four-volume set or a smaller volume, Shorter Christian Prayer, that doesn’t include the Office of Readings.

As the children overheard by Augustine said, “tolle lege, tolle lege”— “Pick up and read,” and may the Liturgy of the Hours enrich you as it has me.

See here for a video of Vespers, evening prayer, at St. Vincent’s Archabbey.