Have we surrendered our kids to the popular culture? 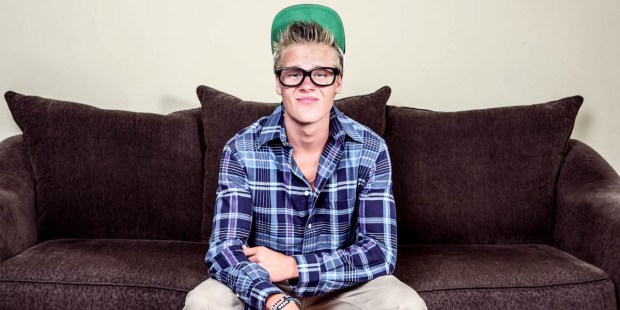 It’s fine to “meet kids where they’re at” but then we still need to lead them somewhere.

TRUE OR FALSE:  “You have to meet kids where they’re at.”

ANSWER:  Both. It’s true in a lesser way, but false in a way that can be very misleading.

It’s true “you have to meet kids where they’re at”— but in a sense that’s a trivial observation. Where else can you meet them except “where they’re at”? They aren’t anywhere else! (There’s another sense behind that statement and we’ll get to it in a moment.)

It’s false in a misleading way. Many folks I’ve met in catechesis and youth ministry “meet kids where they’re at”—and then just stay there, as if they’ve succeeded by arriving at the starting line. They don’t lead kids anywhere beyond where they are. St. Paul would say that we are giving them only milk and not leading them to solid food. (1 Corinthians 3:2)

I call such an approach to catechesis/youth ministry, “Worldliness-Lite.” No one can equal the glitz and thrill of worldliness, so church folk end up offering the karaoke-version of worldliness—a hollow and distant second best that kids see through quickly. Is there an alternative?

Yes! The maxim of the great Jesuit missionaries was: “Enter through their door; lead them through yours.” The first part acknowledges that you must meet people “where they’re at.” And the great Jesuit missionaries took the second step that seems to be overlooked today—they led people to spiritual maturity in Christ, enculturating them into the Church.

The prime example of “lead them through yours” was Jesuit Matteo Ricci. Missioned to China in the 1580s, he mastered Chinese language and customs, established his trustworthiness, and became an advisor to the emperor—promoting Catholic faith all along the way.

I think of these things because recently some friends told me about an informal basketball league for young boys, which was formed at their parish by some very generous men. The parents noticed that when the boys arrived at the gym, they were greeted by booming popular music.

Parents admitted that the music itself wasn’t obviously objectionable (“No death metal or gangsta rap” as one parent put it). Nonetheless the parents were concerned because the music was so loud that the boys couldn’t talk to each other or easily follow instructions. When the parents approached the organizers, they were told that “the music provides a welcoming atmosphere” and, of course, “You have to meet kids where they’re at.”

My intent isn’t to raise alarms about the effects of noise on our physical or spiritual health (the latter is addressed by Cardinal Sarah’s The Power of Silence:  Against the Dictatorship of Noise). Nor is it to raise concerns about the morality of popular music, which William Kilpatrick does so well in his recent essay. I want to speak of an elephant in the room that no one is talking about because (I believe), almost no one sees this elephant.

My concern is that we in the West have almost completely surrendered our children to the ambient popular culture. Their tastes in music, entertainment, clothes, etc., are dictated to them by “The Merchants of Cool” who addict our kids to trend after trend, filling their souls with junk and poison while emptying their pockets of cash.

At the same time, we’ve allowed the primary social reference point for our children to become their peers rather than their parents and families. Kids “form their own tribe” based on their peers who buy the wares and values of the Merchants of Cool. That makes parents and families outsiders—even intruders.  Conflict inevitably arises. And that’s where many well-intentioned adults come forward to “meet kids where they’re at.” They speak of our children as if they were some exotic form of animal life that musn’t be startled by the unfamiliar or they’ll flee back to the jungle.

The larger point being overlooked is that by the time they’re teens, most of our kids have been formed by forces inimical to Christ and his Church. Why should this continue?

The wisest families I know avoid a “bunker mentality” while serving as gatekeepers for their children. They introduce them to other healthy Catholics as role models who’ve been successfully navigating their way to adulthood and spiritual maturity. Their parents work with family and friends to prepare their children for Catholic adulthood, rather than surrendering them to purveyors of a fevered, perverse and perpetual adolescence.

It’s time for us to have a serious conversation, at once candid, civil, sober and charitable: How can we reclaim our children? And how can we provide them with an environment and culture that enables their full humanity—including their souls—to flourish?

When I write next, I will speak of loss and mourning during November, known as the “month of the dead.”  Until then, let’s keep each other in prayer.