“Young blood” may help those with Alzheimer’s disease 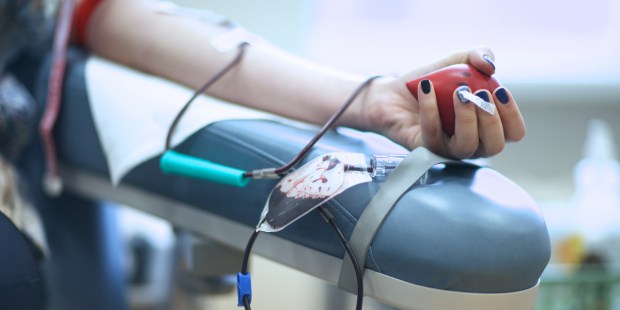 Researchers from Stanford University have found that the infusion of plasma from the blood of young people may be beneficial for Alzheimer’s patients. They first became aware of this possibility after the publication of another study from Stanford, earlier this year, in which researchers injected older mice with young human blood plasma and saw rejuvenating effects.

This new, admittedly limited, study focused on 18 Alzheimer’s patients who received a plasma infusion from healthy young men. While the treatment did seem to perk some of them up, it did not have an effect on memory or thinking skills.

NBC news has the details of the research:

Later, because it was taking so much time and effort, they cut the trial to just nine people and all nine knew they were getting the real thing – a unit of plasma, once a week for a month, from healthy young men under the age of 30.

There was no measurable effect on memory or thinking, the team told the Clinical Trials on Alzheimer’s Disease conference in Boston. But researcher, Dr. Sharon Sha, said on two measurements of function there was a difference in answers the caregivers gave on a questionnaire.

Dr. Sha, a researcher on the team, notes that while caregivers have noticed an increase in attention span and conversation participation, there is no indication that the therapy will reverse memory loss. She cautions patients from rushing into treatment before their study is complete.

“I worry that people would take this information and say, ‘I need to get this. I need to get young blood.’ It’s important to understand the science behind this first,” Sha said

Joe McCracken, vice president for development at Alkahest, the medical company which will be working to create a marketable treatment using young human plasma, is hopeful that this research may be applied in the near future. Alkahest will begin formal clinical trials with 40 patients next year.