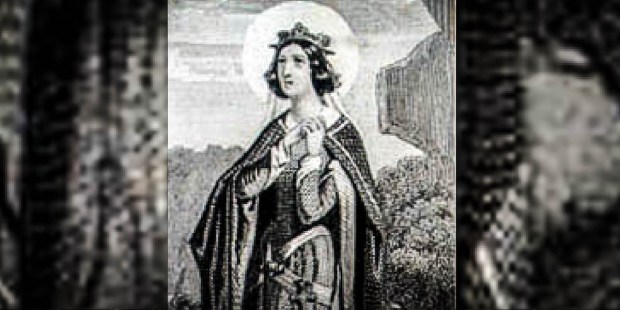 St. Adelaide was exiled by her in-laws, and worked hard to heal the division.

Betrayal from within the family is usually the hardest to bear. We expect to be maligned by our enemies, but never imagine our own family members to be the source of evil.

A great intercessor for those experiencing this type of family turmoil, especially from in-laws, is St. Adelaide, patron saint against in-law problems. Born to a royal family in Switzerland in 931, Adelaide had a tumultuous life, full of in-law drama.

She married King Otto I in 951 and had several children with him. They were married for about 20 years when he died of a sudden fever.

His death brought a whole wave of family problems as her son, Otto II, married the Byzantine princess Theophano. Adelaide’s new daughter-in-law turned Otto against his own mother, and the former Empress was forced to leave the royal court to live with her brother.

She worked hard to heal the division of the family and before her son’s death, the two were reconciled and Otto appointed Adelaide as his viceroy. However, her daugther-in-law again took the opportunity to cast Adelaide out of the royal court. Adelaide did not return to power until the death of Theophano.

In the midst of it all, Adelaide kept a strong prayer life and later on helped build and restore monasteries and churches, retiring to a convent near the end of her life.

Even though Adelaide was only partially successful in healing familial rifts, she knew the importance of a united family. Family distress hurts everyone involved and is one of the greatest crosses to endure.

Here is a short prayer to St. Adelaide, asking her intercession for whatever situation you are currently enduring.

Heavenly Father, please help me with my family. Fill my heart with love, peace and charity and expel from it all divisive thoughts. Please touch the heart of my in-laws, bring them closer to you through the intercession of Saint Adelaide, so that our family can be whole, united and dedicated to you. I ask this through our Lord Jesus Christ, your Son, who lives and reigns with you and the Holy Spirit, one God, forever and ever. Amen.