Nicholas Black Elk: This Sioux medicine man may be recognized as a saint 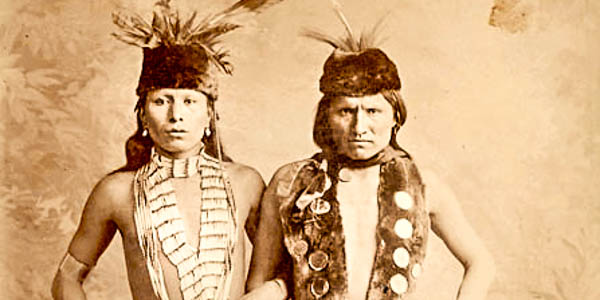 After his conversion, the Lakota medicine man told a friend, “I want to be a catechist the rest of my life.”

[At the recently concluded 2017 General Assembly of the United States Conference of Catholic Bishops, American bishops unanimously approved pursuing the cause for canonization of Nicholas William Black Elk, Sr. Learn about this remarkable Christian in this 2011 piece by historian Patrick McNamara, reprinted here with the author’s kind permission. – Ed]

In his book Black Elk Speaks, author John Neihardt interviewed a Lakota holy man who recounted pre-reservation life and events he witnessed, including Custer’s Last Stand and the Wounded Knee massacre. Later, anthropologist Joseph Epes Brown interviewed Black Elk about Lakota religious traditions for his book The Sacred Pipe (1953). Both works are touched with a certain sadness, that of a man whose best days have passed. Together they introduced millions to the richness of Native American traditions.

But Black Elk’s prestige among his own people had little to do with these books. It was based more on his ministry as a Catholic catechist on South Dakota reservations. A convert to Catholicism, for nearly 50 years he helped prepared people for Baptism, led prayer meetings, organized events for Native American Catholics, and worked as a lay missionary to the Lakota (also called Sioux).

A member of the Oglala branch of the Lakota Sioux, Black Elk was born around 1865 on the Little Powder River in what is now Wyoming. As a child, he told Neihardt:

We roamed the country freely, and this country belonged to us in the first place. There was plenty of game and we were never hungry. But since the white man came we were fighting all the time.

A second cousin of the great war chief Crazy Horse, as a teen Black Elk was at the Battle of Little Bighorn. But the defining moment in his life occurred earlier at age 9, when he experienced a vision that defined his future. He would be a medicine man. His vocation was to heal, spiritually and physically.

For a while, though, he traveled the world. In 1886, he joined Buffalo Bill’s Wild West Show and toured Europe for nearly two years. Returning to the Oglala reservation at Pine Ridge, South Dakota, he became involved in the Ghost Dance movement, an attempt to revive Native American culture. Later at Wounded Knee, he helped carry the wounded to safety. In its aftermath, he said: “A people’s dream died there.”

He continued his healing work, but slowly was moving toward Catholicism. His first wife was Catholic and so were their children. In 1904, then a widower, he had a unique conversion experience. He was visiting a sick child when an arriving blackrobe* forcibly expelled him. This jarring incident, his daughter recalled, was like St. Paul “falling off a horse.” Sensing that the priest’s healing powers were greater than his, Black Elk took religious instruction and on December 6th, the Feast of St. Nicholas, he was baptized Nicholas.

In some ways, converting wasn’t that much of a stretch. Lakota spirituality sees the world as a sacred place charged with spiritual forces, not unlike the Catholic sacramental worldview. Both have a communitarian focus, another important factor that eased Black Elk’s conversion. While he didn’t abandon the traditional Lakota worldview, he did resituate it within the context of his Catholic faith.

He also discovered a new calling. He told a friend: “I want to be a catechist the rest of my life.” Before the arrival of Native clergy, catechists held the local Catholic community together. In the absence of a priest, they led prayers, and they read and explained scripture. They visited the sick, sometimes they baptized, and they led burial services. They instructed both adults and children. One Jesuit said they “do more good than many a priest.”

It wasn’t easy work. The priests could be demanding, some of his people rejected him, and he was frequently penniless, having given away his money. But the Jesuits came to depend on him greatly. By the time of Black Elk’s death in 1950, it was estimated that he participated in the conversion of over 400 people, and was godfather to over a hundred. A peer said, “When he got up he really preached. People sat there and just listened to him.” One priest called him a “a second St. Paul.”

In the best of times, reservation life could be difficult, poverty and alcoholism being major problems. One historian notes that opposition to the use of alcohol was a trademark of Lakota Catholic life. Members of the St. Joseph’s Society, a Catholic men’s group on the reservations, abstained from drink. At the Sioux Catholic Congresses, a gathering of Catholics from all the reservations, temperance societies were founded and pledges made.

In the summer of 1930, Nick (as he was known) received a visit from John Neihardt, a poet and author who interviewed him for a book he was writing. The resulting work, which took Black Elk’s life up to Wounded Knee in 1890, became the best-read book on Native American life. But as his latest biographer Michael Steltenkamp aptly comments, the last “sixty years of the man’s life are unaccounted for.”

Black Elk himself felt that Neihardt painted an incomplete portrait. He was, he wrote in 1934, “different from what the white man wrote about me. I am a Christian.” He noted that he had asked Neihardt to write something about his work as a Catholic, but was ignored. As a story of his life, he considered the book “null and void.”

Some assume that Black Elk’s conversion was an act of accommodation to the white man’s world. It was actually where he found true freedom and fulfillment. From childhood, he saw healing as his vocation. As a catechist, he helped heal a community wounded by poverty and alcoholism. “Those of us who are … suffering,” he once said, “should help one another and have pity.” Nicholas Black Elk remained true to his vision long into old age.

Read more:
Did St. Kateri bring a miracle healing not once, but twice, to the same child?