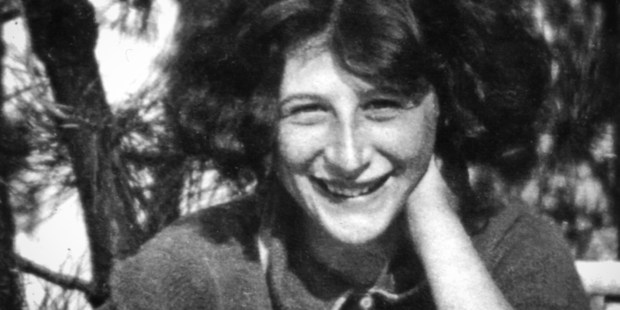 “Attentiveness without an object is prayer in its supreme form.”

On the subject of what it means to live a religious life, Christian thinkers have tended to put the accent on virtues of character, generally claiming religious life is one of meekness, humbleness, and warmth of heart. It is not unusual for most of them to think that “the salt of the earth” image (Matthew 5:13) refers to the meek, the humble, and the warm of heart performing their duties with diligence and kindness.

This is, of course, just a general tendency, and philosophers with an intellectualist bend or thinkers with a yearning for orthodoxy have never been wanting. However, as a much needed  – and healthy, and enriching – voice added to this scenario, Simone Weil’s thoughts on the subject are indeed quite peculiar and unique. Instead of stressing character, Weil always stressed attention, an intellectual virtue, as the foundation or cornerstone of religious life:

“The Key to a Christian conception of studies is the realization that prayer consists of attention. It is the orientation of all the attention of which the soul is capable towards God. The quality of attention counts for much in the quality of the prayer. Warmth of heart cannot make up for it.” (“Reflections on the Right Use of School Studies with a View to the Love of God”)

And then there is the beautiful, Zen-like sentence from her notebooks: “Attentiveness without an object is prayer in its supreme form.”

Someone, perhaps, might find this odd. Making attentiveness the supreme form of prayer might be a challenging thought for many, who might also have a hard time figuring out what she meant by these beautiful though cryptic words. Perhaps this is so because we think of attention as something superseding or competing against the virtues of character, but putting the stress on attention does not mean a rejection of the importance of character for religious life. The gist of the matter is that whenever we are paying attention we are focusing on something different from ourselves. By being attentive, we are letting the world enter into our souls. In attentiveness, we forget about personal agendas for a while:

“Attention consists of suspending our thought, leaving it detached, empty and ready to be penetrated by the object. It means holding in our minds, within reach of this thought, but on a lower level and not in contact with it, the diverse knowledge we have acquired which we are forced to make use of. Our thought should be in relation to all particular and already formulated thoughts as a man on a mountain who, as he looks forward, sees also below him, without actually looking at them, a great many forests and plains. Above all our thought should be empty, waiting, not seeking anything, but ready to receive in its naked truth the object which is to penetrate it.” (“Reflections on the Right Use of School Studies with a View to the Love of God”)

Whenever we genuinely pay attention to something—a work of art, the task before us, a mathematical problem, someone else—we are forgetting our own, mostly petty, worries. Understood in this manner, attention does not compete with the virtues of character: it actually becomes their foundation. Actual, true meekness is only possible when we turn our view away from our fears, expectations and pride.

This text was inspired by one of the endnotes of Simon Leys’ superb translation of Confucius.