14 Unusual (and funny) marriage milestones to look forward to 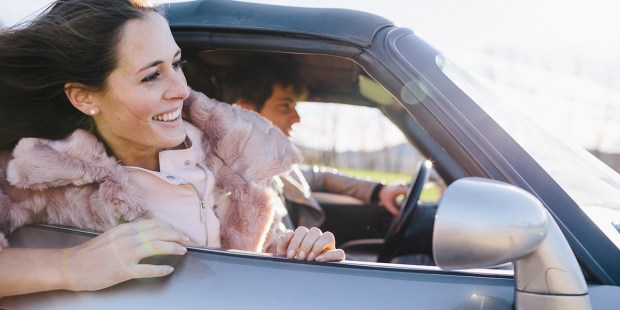 Whether you’re approaching one year, 25 or 50 years together, you can look forward to these anniversaries.

Some couples mark the length of a marriage with paper, wood, silver or gold anniversaries. All thoughtful, creative, and beautiful ways to acknowledge the time you’ve passed together as a unit. But those of us who have been married a long time know that there are other, perhaps less celebrated, marriage milestones that don’t fit into a box … and matter much more:

The “hold my hair” milestone. There’s a good chance that you hit this milestone even before you said your wedding vows. But if you made it this far without a stomach flu or food poisoning moment, trust me, you won’t make it much further. Life is messy. And it’s probably going to get messier. So it helps to get a solid “I’ve seen you at your grossest” moment behind you so you can relax when those other even less than glamorous “in sickness” moments arise later on in marriage. Things such as morning sickness, diaper explosions, when the kids give you the chicken pox, or recovery after that hip replacement surgery (hopefully, though, that one comes much later on).

The important thing is that, however icky you feel — or look, or smell — now you’ve got someone to lean on.

Traditionally this anniversary gift is “paper.” But I think of it as the “toilet paper” anniversary, as there is no greater gift than replacing an empty roll … without needing to ask your spouse or do it yourself. At one year, you’ve already learned that it’s not so much about bringing home a bouquet of flowers; it’s about making sure there’s milk in the fridge and a full bottle of detergent in the laundry room. At one year, you start to realize that little things (even very little things like putting the cap back on the toothpaste) can be grand gestures, and they keep a marriage strong.

The “aliens have invaded,” milestone. The morning you wake up and find that you and your hubby are separated by one or two other sleeping bodies, one of whose feet is stuck in your face. There may even be a furry dog buried somewhere in the mix. And just what is that warm, wet feeling spreading underneath your back? And realizing that being alone (and dry and well rested) is way overrated.

The “keeping score is useless” milestone. When you realize that like it or not certain tedious jobs are always going to be yours (like wrestling a king size comforter into its duvet cover). But let’s face it, he got stuck with some doozies, too: like climbing onto the roof to check a storm drain, and trapping a mouse in the kitchen. Sure, in the beginning you thought you’d split everything evenly and each do your fair share of every job, but in the end, it was easier to just let the chores fall where they may. And a clean comforter smells way better than a dead mouse so you’re good with that.

The “more kids than hands” milestone. Or maybe it just feels that way. All you know is that the army is mobilized and they are on the move. Your territory is being invaded. You are losing every battle. You desperately need reinforcements. And you and your husband are happily outnumbered—even if you only have one.

Traditionally silk and pearls, but more often marked by endless amounts of laundry and bills. At 12 years you reach the “patience rules” milestone. Those annoying things you each do? You’re both gonna keep doing them. The things you thought you could change about him? Not happening. The things he would like to change about you? In your dreams, buddy! The realization that you are each unequivocally who you are sinks in. And you make it work. Acceptance feels good. And the love gets stronger.

“The kids know more than we do” milestone. You find yourself asking them how to turn on the TV or why the artist The Weeknd is spelled without that last e. You have no clue anymore. You don’t even know what you’re supposed to know. Your teenage children often remind you of this by indignantly shouting, “You don’t know anything!” before they stomp off to their rooms. You look at each other and sigh. At least you are in this together. It’s nice to have a good cop to your bad cop (or vice versa) to get through the tough days or bad grades.

The “there are still surprises” milestone. You have now officially been together long enough that you should each know every like and dislike of the other by heart. There are no revelations anymore … or are there? For example, whenever I make eggplant for dinner I’m always surprised to discover that my husband likes it. Or maybe he hates it! I can never remember. Meanwhile, he keeps buying me brown things for Christmas (brown gloves, brown wallets) because he thinks I love brown, but I don’t ever remember liking brown. I exchange them for red gloves, pink wallets. He looks confused. But that’s OK, we can continue to surprise each other this way!

The “big gift” milestone. Up until this point, I was satisfied with a cute card and a dinner out (or more typically in) for our anniversary. But 25 years … that seems to demand something more substantial. Twenty-five years is supposed to be silver, but in my book, that doesn’t seem good enough. Up the ante! Demand more! Maybe kisses, hugs, and time alone for an uninterrupted conversation (no discussion of heating bills allowed). At 25 years, you know that these quiet moments of affection and warmth are the true gifts.

The “we’ve been together longer than we’ve been apart” milestone. It can be a weird feeling to know that your existence has been intertwined with another person’s for this long. You’re like two vines that have grown around each other so seamlessly that now you’re just one plant. There may be a brief moment of identity confusion and philosophical pondering. Who am I? Am I still a separate “me?” But then you must put out the garbage, grocery shop for dinner and pick up the dry-cleaning … so you forget about it. And that’s good because two heads really are better than one.

When you realize “Keeping up with the Joneses doesn’t matter.” All your friends on Facebook (or whatever new jealousy-educing social media empire has taken over in your future) are having the most amazing time, celebrating in exotic places, dreamily looking into one another’s eyes, publicly announcing their renewed devotion to one another in heartfelt, mushy ways. Why aren’t you two still having this much fun? Why does your friend’s life look better than yours?

Then you remember. You know the truth: a good marriage is only as good as what happens in private. As the comedian Henny Youngman once joked, “The secret of a happy marriage remains a secret.” (By the way, the traditional 35-year gift is coral. Future note for my husband: I will take mine underwater in St Barts, thank you. Look out for our Caribbean picture on Facebook!)

The “I could still fit into my wedding dress/tux if I wanted to—but I don’t want to” milestone. Let’s just say your standards are relaxed (and so are your pants). The good news is they’re not called “stretch pants” anymore. They’re called “yoga pants” or “street tights” now. It sounds so much nicer that way. This lets you tell yourself that you wear comfy clothes because they are hip and fitness-y. The fact that you’ve gained a few more pounds each year of your marriage has little to do with it. And, hey, as long as you’re both in good health, you don’t need to prove anything to anyone.

The “WHAAAAT??” anniversary. By now one or the other of you can’t hear as well as you used to. This doesn’t matter because you already know what he was going to say anyway. And he already knows your answer. Sometimes all you need is a small gesture, a nod, or a look, and it speaks volumes from across the room. It fits all occasions, too: “I don’t know what you’re saying. I can’t hear you.”

The “best friends” anniversary. You’ve been through it all. You’ve had really good days and really bad days and you still want to tell each other about your days. So, when you get here, raise a glass to your one true love and BFF. Being besties is a pretty nice place to end up because, after all, isn’t it also where you started?

Read more:
The symbols and themes for every wedding anniversary