A smart and effective way to protect kids from sexual predators 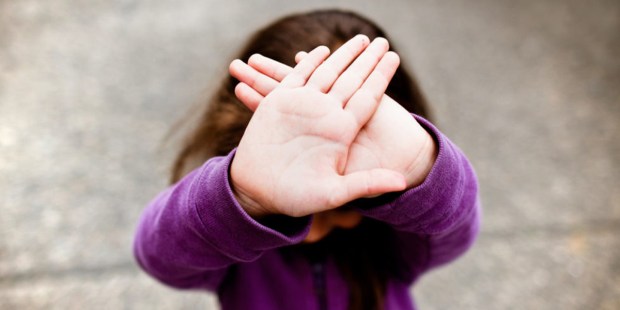 Teaching kids about “stranger danger” doesn’t work. Here’s what does …

When my oldest was still in diapers and my daughter just months old, I watched a news program about young kids taking a “Stranger Danger” safety program (Dateline has since run several similar programs). I watched, rapt, eager to learn everything I could.

But as the program rolled on, all the useful information we learned turned on its head. Just moments after the class, the kids were taken to the park where a man approached with a puppy, enticing the kids to come to him. Every last child followed him. It was an oh shoot moment for me as a mom. If stranger danger didn’t work, how would I teach my kids to be safe?

I wasn’t the only parent wondering that. Shows like the one I watched were one of the things that also sparked the interest of Pattie Fitzgerald, founder of Safely Ever After and author of No Trespassing–This Is MY Body! and Super Duper Safety School. As a former preschool teacher and mom of a young daughter, Fitzgerald knew there had to be a better way to teach kids to stay safe. She understood that the stranger-danger messages confused kids — and, as she says, “didn’t even work most of the time.”

Fueled with this knowledge, and stories of friends who’d been abused, as well as her love of her daughter (now college-aged), Fitzgerald developed what is now Safely Ever After: a positive, proactive program that teaches kids to trust their guts in order to identify “tricky people” and “uh-oh” situations while using simple “thumbs-up and thumbs-down” rules.

Her program has been used by schools and organizations across the country to great success and appreciation. Jodie Norton, a blogger at Time Well Spent, told the Today show how the skills her children learned through Safely Ever After were crucial in helping avoid a potential abduction. When a car pulled up to her boys and a man inside asked them for help, her boys recognized a “tricky person” and the “potential danger” from Fitzgerald’s books — specifically, Norton says, “Fitzgerald’s stance that safe adults do not ask children for help.”

The problem with “Stranger Danger”

Shows like the one I saw or the subsequent Datelines, Fitzgerald says, are “eye openers for many parents, who felt sure their kids would never go off with that stranger.”

Fitzgerald even participated in a follow-up Dateline that targeted older kids (10 and 11). “Again,” Fitzgerald says, “almost every single kid was tricked and went off with the stranger. Why? Because a friendly stranger is not someone kids are worried about. Most kids think a stranger is going to look like the boogeyman or seem menacing in some way — and that’s just plain wrong. ‘Tricky people’ use kid-friendly tricks to catch a child off guard. Let’s be real: if a tricky person seemed scary, the child would never go off with them in the first place!

“In the Dateline episode, the kids were later asked why they went off with a stranger. And their responses were basically the same: ‘The person wasn’t a stranger … he was nice … he needed help … he told me his name.’ The friendly stranger uses a trick, which means a child’s “stranger-danger radar” doesn’t even go off.”

But there was another issue beyond this for Fitzgerald, one that hit closer to home.

“I grew up knowing several friends who had been molested by someone close to the family,” Fitzgerald says. “None of us ever told anyone, none of us knew what to do, and none of us thought anyone would believe us. I just knew there had to be a better way to teach my daughter and a better way to protect her.”

One of the biggest reasons Stranger Danger techniques fail to keep kids safe isn’t just that kids still go with “tricky” strangers, it’s that the most dangerous adults aren’t strangers to kids.

“Pay attention to who is paying attention to your kid. If grandma wants to take my daughter to the movies for a special birthday treat, that makes sense. But if her tennis coach or math tutor wants to do this, it typically does not make sense. So as a parent, I am going to say ‘No, thank you’ or ‘I’ll be going along too!’ Ask yourself, Does this make sense?”

But, Fitzgerald says, many parents don’t like to think that the people we know and love (and trust) have the potential to be unsafe. “It’s a lot easier to worry about strangers because it gives parents a false sense of security that if they can just keep kids away from people they don’t know, then everything will be okay.”

How parents can spot danger

For parents, a ‘tricky person’ …

1. Is overly interested in your child, blurring boundaries, looking for lots of alone-time with your child.
2. Is often too good to be true, offering to help you with freebies or favors, which ultimately mean alone time with your child.
3. Is someone who gives you an “uh-oh feeling” because they’ve either said something or acted in some way that makes your inner voice say, “Wait a minute. What’s going on here?!”

Beyond that, Fitzgerald believes the stranger danger messages sound “scary” and “confusing” to kids, as, she says, they convey mixed messages since kids see their parents talking to strangers every day.

Instead, Fitzgerald realized, “Our kids need to be taught what to do in certain situations. It’s not enough to tell kids ‘don’t talk to strangers.’ We have to teach them what to do, so they’ll immediately know how to disengage and get back to either their safe adult or to keep moving and not engage with that person.”

Think of it this way, Fitzgerald says: “Kids get through their day-to-day lives with rules. Rules exist in their classrooms, at home, when playing sports or games, so rules make sense to kids. Rules give them a frame of reference. Once they know what the ‘thumbs-up’ and ‘thumbs-down’ safety rules are, they know that anyone asking them to break a rule is probably a ‘tricky person’ and that’s a thumbs down.”

1. Asks you to break a safety rule.
2. Asks you to do something that feels “thumbs-down” to you.
3. Offers to teach you something for free.
4. Says lots of nice things, give lots of attention and gifts, and make you feel guilty.
5. Can be someone you know.

Fitzgerald says this approach works because it empowers kids and gets them listening to their instincts, which, she says, “is the best barometer for when something just isn’t quite right. My ‘tricky people/thumbs up-thumbs down’ approach works because it gives parents concrete signs that are easy to recognize along with language (using words like tricky people, and uh-oh feeling) and concepts that actually make sense to children.

And her rules are simple and sensible, to both kids and adults.

“For example,” Fitzgerald says, “one of my rules is that safe adults don’t ask kids for help when they’re out in public. Adults help adults. This means if a seven-year-old is at the park and a ‘friendly stranger’ asks for help finding a lost pet, that child knows this is ‘thumbs-down’ and to say no and get to their safe adult right away.”

Another rule is “check first.” Fitzgerald gives an example of the ice cream man at the park inviting your child into his truck to pick out a special ice cream treat.

“Your child’s immediate response should be, ‘I gotta check first,’ and run to ask their mom or dad,” Fitzgerald says. “If they can’t check first because they’re out on your own, a kid should always respond with ‘NO’ and move to a safer environment.”

Another important rule involves “private part touches, not keeping secrets from parents, and listening to your own ‘uh-oh’ feeling when someone or something just doesn’t seem right.”

But there’s an added plus to this approach, according to Fitzgerald: “Tricky people/abusers have said time and again that the one thing that stops them is the possibility of being caught. So if we put out a vibe that we are engaged parents, and our child seems empowered and knows how to react to certain situations, that tricky person is less likely to target our kid. There are a lot of ways to make you or your child a less ‘attractive’ target.”

According to Fitzgerald, the way we respond to our kids makes all the difference. She suggests that parents …

Stay calm. “Don’t freak out in front of your child,” Fitzgerald says. “They’ll stop telling you things because they start to worry about your response.”
Thank them for telling you. Add something like, “I’m so glad you’re telling me about this.”
Ask for details, such as: “When did you notice this? Who was around? Where was this? What did your uh-oh feeling say to you?”
Tell them you believe them and that they are brave.
Remind them they are safe and that you “have their backs.”

Fitzgerald’s gut-instinct approach translates to all sorts of life experiences — whether, she says, “we’re at work, school, out in public, walking to our car in a parking lot, or engaging with someone who suddenly seems a little too interested in us or our child in line at the coffee shop. The benefit to this approach is that we take our power back by simply being more aware and alert, which ultimately helps us feel less vulnerable.”

What do you do when the ‘tricky’ person is someone you know?

Knowing the inappropriate person, Fitzgerald says, makes the issue hard for parents to deal with. Do so quickly and firmly with these steps:

1. Keep the tricky person away from your child.
2. Document what you have learned or what your child has said.
3. Speak to the person without your child. “Let them know you are going to take action because of their abuse. You may have to call Child Protective Services or Law Enforcement.
4. If it’s a teacher or someone in authority, speak to them and their supervisor.
5. Talk to your pediatrician.
6. Warn other parents (especially when it’s a family member).
7. Prepare for fallout. Remember your child is the priority, not everyone else’s feelings. There will be denial. Don’t expect everyone to embrace your message.
8. Keep the anger away from your child. You don’t want the child to feel guilty for telling you.

Visit the Safely Ever After website for more warning signs of Tricky People.