Left to right: Saint Augustine and his mother, Saint Monica, 1846. The Virgin and Child with Saint Anne, Leonardo Da Vinci, circa 1503-1519.

Some takeaways here to remind you that you’re doing good work.

There are times when your child hugs you and gives you a picture in crayon of the two of you holding hands surrounded by hearts. There are also times when you’re knee-deep in laundry, tired, desperate for sleep, and barely able to keep up with the demands of motherhood.

Being a mother is both a huge, wonderful blessing and heavy responsibility at the same time, so it helps to know there are lots of women who have been there before. These women are not only saints who happen to be good examples of mothers, they will also pray for you and support you. 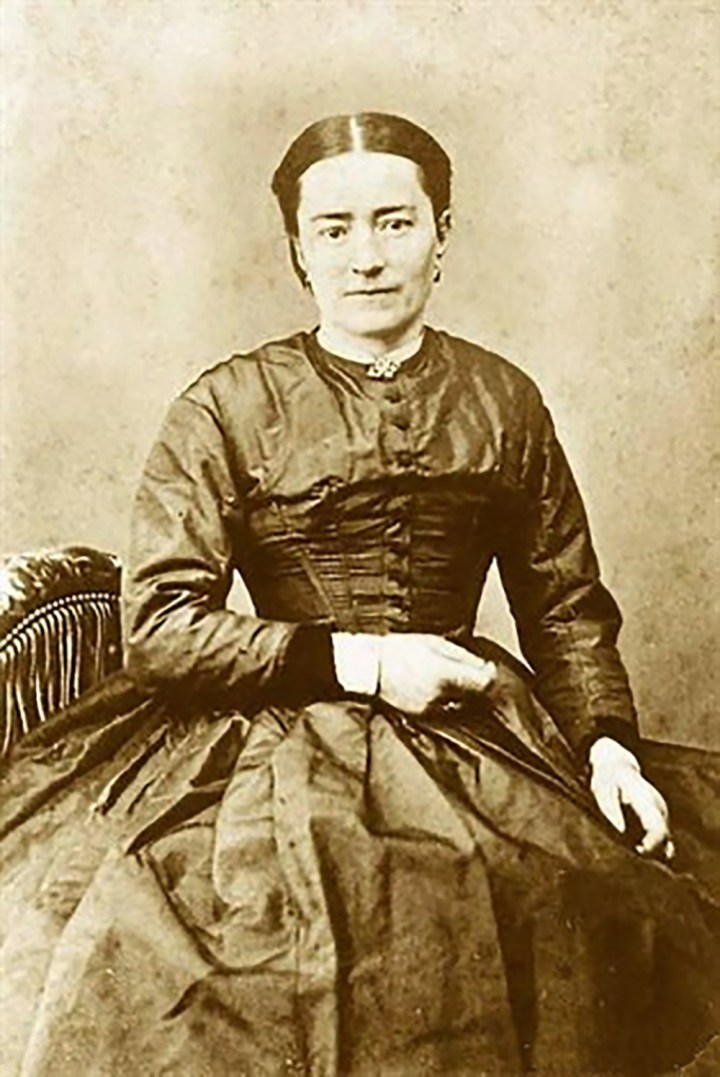 Zelie was an absolutely ordinary mother. She was a housewife and seamstress in an ordinary family with a lovingly uneventful marriage, but her holiness shows the value of faith in everyday life and in the day-to-day vocation of parenting. The simple, ordinary love of a mother matters. In fact, it is the most powerful force in the whole world, as proven by the fact that two of Zelie’s children grew up to become saints themselves, one of whom, St. Therese (the Little Flower), is perhaps the most beloved saint of our time.

Her best parenting tip: Love your children, take care of them, teach them about God, and see what God can do with them!

Gianna is a 20th century saint who had a modern career as both a doctor and a mother. She was mother to six, and it was the birth of her final child that reveals her heroic witness to life. In 1961, she was pregnant when her doctors told her she had a dangerous cyst on her uterus that would complicate the delivery. She instructed them to not hesitate to choose her child’s life over her own if the delivery became dangerous.

She survived the delivery, but a week after the birth of her daughter, Gianna died of complications. Her daughter, who is also named Gianna, later said, “All my mother’s life has been a hymn to life, to joy, to God’s love, to our Lady, to her family …” In Gianna, we see the strength of a mother to sacrifice everything for her children.

Her best parenting tip: Give your whole heart to your children.

Frances was mother of six, but her son Battista was the only one who survived infancy. When he was grown, he married a woman who disliked Frances (insert unnecessary mother-in-law joke here). Insulted, belittled, and cut out of her only son’s life, Frances didn’t give up on her daughter-in-law and continued to be kind to her, eventually changing her attitude and bringing peace to the family. Sometimes, it is only a mother who is strong enough to give way in humility and love in order to heal a fractured family.

Her best parenting tip: Be the source of unity in your family, not division.

Monica was a dedicated Christian even though no one else in her family was, and because of this she is a great comfort to all mothers who are worried about the faith of their own children. For years, she quietly prayed for her wayward son and never gave up, not even when he took a mistress or joined a different religion. Eventually her son, Augustine, was converted to the Church and became one of the most influential saints of all time. All of this because of the unceasing prayers of one mother. Do not lose heart!

Her best parenting tip: Never give up on praying for your children.

In the year 202, Perpetua became a Christian. In the Roman Empire, joining the Church was not exactly a career-builder. In fact, she was quickly arrested and sentenced to death. Perpetua had an infant son at the time, and although she wasn’t eating any food while in prison awaiting execution, her baby was brought to her every single day to be nursed. Up to and including her very last moment of life, Perpetua fulfilled her vocation as mother, loved her son the best she could, and prepared to meet him one day again in eternity. Perpetua is a good saint to ask for prayers for mothers who are separated from their children.

Her best parenting tip: Sometimes the best mothering is to be a good example.

Felicity was murdered at the same time as Perpetua, and her story is no less amazing. At the time of her arrest, Felicity was eight months pregnant. She gave birth to a healthy child while in prison and is said to have been overwhelmed with joy and happiness. The child was taken away from her and she was sent to her death, but her friend Perpetua wrote that she naturally went from “motherhood to … combat,” meaning that the experience of giving birth and having a child endued Felicity with the courage and strength to face execution. A strong mother is a lioness and nothing, not even death, will break her will.

Her best parenting tip: Don’t think of the sacrifices of motherhood as taking away from who you are, but as a gift that makes you a stronger person.

Rita was a housewife and mother to twin boys in a difficult time. In 14th-century Italy, every city was at war with another. The world was a dangerous place, and her husband was in due course ambushed and killed by enemies, leaving her to raise the two boys alone. Disease was also a killer at that time, as Rita learned to her sorrow: about a year after the death of their father, both of her sons died as teenagers.

She spent the rest of her life praying for the men who had murdered her husband and for all those who suffer. She herself suffered much but turned her grief into prayer for others. Rita is considered the patron saint of impossible situations and is undoubtedly in heaven right now praying for those who have lost children before their time.

Her best parenting tip: Even when the kids have flown the coop, you’ll always be a mother.

Bridget had a long marriage to a man named Ulf. They were together for 28 years and had eight children, one of whom, named Karin, is a saint herself! Bridget’s openness to welcoming more children into her family, and her efforts to educate them, are a great example of generosity of spirit. She traveled widely, and her life speaks of tolerance and compassion to the entire diversity of human experience. Nothing spectacular or particularly miraculous happened during her lifetime, but her dedication to raising and educating her children to love the goodness of the world and to be at peace with it were, in their own way, heroic. For this reason she is now the patron saint and mother of all Europe.

Her best parenting tip: Teach your children to love life through your own happiness and joy.

Anne was the mother of the Blessed Virgin Mary. For a long time she and her husband Joachim had trouble conceiving, an experience that anyone who has shared it knows can cause great sorrow and heartache. For this reason, Anne is a good saint for a woman who longs to be a mother but hasn’t yet had the opportunity, or who is dealing with infertility.

God eventually blessed Anne with a daughter, and she doted on her and loved her with all the tenderness she could. She is often depicted in artwork in domestic bliss with Mary on her lap while she reads to her. No doubt Mary’s humble “yes” to herself becoming the Mother of God was prepared for by this wonderful mother of her own. And just think who Anne got to grandmother!

Her best parenting tip: Grandmothers are important, too!

Elizabeth was the first American-born saint. Born in New York City in 1774 as the American Revolution was in its first stages, she married a doctor, and soon enough the two of them had gathered a large family of orphans along with their own children. After the death of her husband, she founded a religious order to educate underprivileged children. Elizabeth had a heart for all children and felt motherly concern for even those outside her own family. She took great comfort from the motherhood of the Blessed Virgin Mary and tried to follow her example. Today, children continue to be educated by the order of religious sisters founded by Mother Seton, showing that the simple act of mothering can change the world.

Her best parenting tip: You never know who you might meet in need of some motherly comfort.

Read more:
5 Saints who can help with the hardships we face as women