Is being an optimist an advantage, or a handicap? 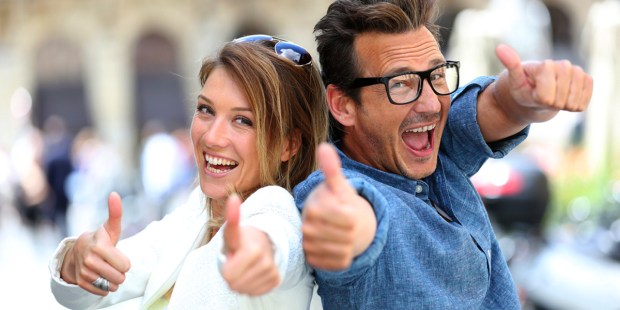 And what dose of realism do we need if we’re optimistic?

Optimism is often equated with ingenuousness, and pessimism with realism. Often, in the popular imagination, the optimist is destined for rude awakenings and heartbreak, whereas pessimists are more likely to stay out of trouble and achieve realistic goals. But what do these terms really mean — and is it really better to be a pessimist?

An optimist tends to expect a favorable future; in the face of difficulty, an optimist reacts with a positive attitude, and persists. In general, an optimist manages to see the most positive side of every circumstance and person, has better humor, perseveres more, has better health, and ends up coming out stronger even after traumatic situations.

Ingenuousness is not quite the same thing; it consists of innocence, and an absence of malice, cunning, and ulterior motives behind one’s actions. It also implies a certain naiveté.

We could say that ingenuousness is often born of lack of experience, a lack of reflection, and a certain innate goodness of character; optimism is more of an attitude towards life, which can be chosen and cultivated with full awareness of the darker side of reality.

Both optimism and pessimism are, in part, related to a person’s temperament and character. Pessimism is sometimes considered to be closer to realism, because it tends to focus more on the unpleasant side of things, which many people would rather ignore. Realism, however, is more complicated than just “seeing things as they are,” and as such it is not opposed to ingenuousness or optimism.

Realism, as philosophy teaches us, is a way of thinking according to which real things exist in and of themselves outside of our minds. There are three main forms of realism:

– Ingenuous realism is an approach that does not reflect at all on whether or not objective knowledge is possible, and that identifies our perceptions with the objects perceived, without seeing the difference between the subjective and objective aspects. It sees an object as being nothing more and nothing less that what we have perceived. Consequently, it concludes that things exist exactly as we perceive them; our perception is entirely objective.

– Natural realism is a perspective influenced by a critical reflection on knowledge, which distinguishes between the object and our perception of it. It continues to affirm that our perceptions are generally a faithful reflection of the thing itself, while acknowledging that the way we perceive the object also has subjective aspects.

– Critical realism is based on a critical view of knowledge, and it sustains that all of the qualities of an object we perceive through just one of our senses exist in our consciousness in reaction to the external stimulus. These perceptions are reactions of our consciousness; they are properties that are not objective, but subjective. Nevertheless, these properties presuppose certain objective, causally related aspects of the object that can explain our perception of those qualities. (More objectivity is granted to the properties of quantity and motion, which can be perceived by various senses at once.)

To summarize, a realist sees reality, and says, “This is real.” An optimist sees his dreams, and says, “This will be real.” An optimist will meet with greater success, will attain more of his dreams, is happier, grows more, and has better relationships and greater self-esteem than a pessimist. Perhaps in other times this would not have been the case, but in the society in which we are fortunate to live, where there are abundant opportunities, the environment favors optimists. Optimists will suffer more setbacks than realists, but actually, these difficulties are enriching experiences. In the not-very-remote past, or in other societies today, perhaps the most intelligent option would be to be a pessimistic realist and avoid disappointments. However, times have changed, and in places where opportunities abound, they favor the optimist.

Read more:
Optimism is Up: Half of Americans Positive About Country For First Time in 6-Years