4 Common myths about the devil 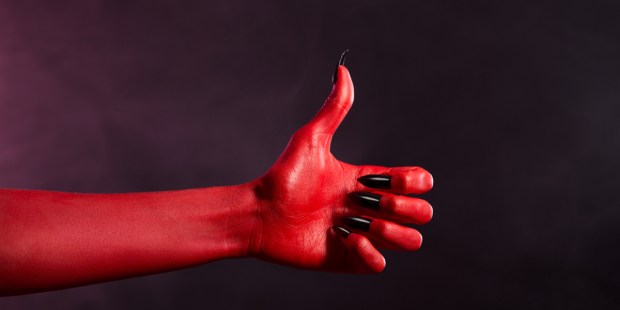 We don’t need to fear the devil but we should understand who he is. Here are the basics.

I was 8 or 9 when a girl I greatly admired in elementary school set me straight on the devil.

One day at recess, to impress her, I told her my very own theological theory: The devil couldn’t possibly exist because God wouldn’t create something evil, and God created everything.

I was waiting for her admiring agreement, and was shocked to see her become visibly upset.

I didn’t say anything, and she calmed down slightly. She was still mad though, and said, “God created you and you sin. That’s because he gave you free will. Well he gave the angels free will, too. And the devil used his to sin.”

And with that, she brilliantly gave the answer, in nascent form, to four common myths many people hold to this day about the devil. Let’s take them one by one.

The first myth is that the devil doesn’t exist.

According to the Bible, the Catholic Church, and every major religion — not to mention the common sense knowledge that shows up in pop culture, movies and television — the devil does exist.

Demons are an inescapable part of the Old Testament.

The Creation story starts with the story of Adam and Eve, and their sin — their fall from grace.  At the center of that story is the devil, who lies outright to Eve to get her to give up her friendship with God.

The Old Testament later gives us the names of three demons — Lucifer, Asmodeus and Satan — so we know that there is not just one devil, but a number angels who chose to oppose God.

The New Testament mentions the devil more, not less. Battle with demons is central to Christ’s mission.

The First Letter of John goes so far as to say, “The reason the son of man appeared was to destroy the works of the devil.”

As the Gospel of Matthew puts it, “They brought him all the sick, those afflicted with various diseases and pains, those oppressed by demons, epileptics, and paralytics, and he healed them.”

Note that the Gospel sees that “those oppressed by demons” and “epileptics” as separate categories — this wasn’t just a primitive understanding of disease. It was the devil.

It still is. “Look around us — it is enough to open a newspaper,” said Pope Francis; “we see the presence of evil. The Devil is acting.”

So what is the devil? “He’s not like a mist — he’s not a diffuse thing — he is a person,” Pope Francis said in December. What kind of person?