Artificial intelligence and the renewed relevance of philosophy 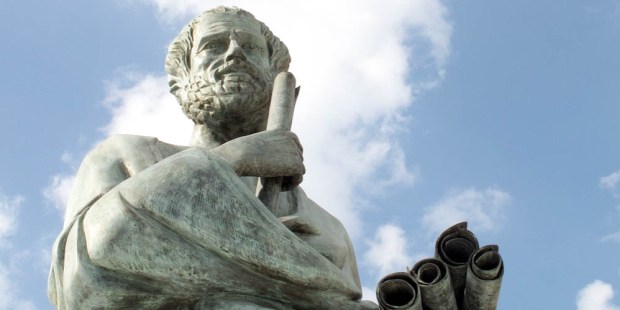 Current signs are pointing to a time in which philosophy will again prove crucial in the shaping of public opinion.

Since its early days in the east coast of the Mediterranean, more specifically in the coast of what is now Turkey, philosophy has had to face the accusation of being useless. Time and time again philosophers have had to defend themselves against the charge of contributing nothing to society as whole. And from Thales of Miletus’ story of falling into a well while looking at the stars, anecdotes of clumsy philosophers have never been lacking and almost constitute a whole literary genre within the history of philosophy.

But despite this usual representation, philosophy has been a key factor in the shaping of history. Not only in the sense that philosophers have had an active role at important moments (we just have to think of Brutus and Cassius plotting against Caesar, John Locke participating in the foundation of the English Whig party, or John Stuart Mill as an administrative officer of the British East India Company), but also in the sense that the works of philosophers have actually shaped the ideas of Western society. People tend to forget it, but the truth is that what we now understand for scientific research, for economics and even for politics, just to name the first things that come to mind, is the end product of a process of thinking that was started by philosophers.

And all current signs are pointing to a time in which philosophy will again prove crucial in the shaping of public opinion. The developments in artificial intelligence (AI) are of such magnitude and are taking place at such rapid pace that they are pushing for a reassessment of fundamental concepts and it is the philosopher, and his fellow humanists, who are in a better position to make, or at least to initiate, this process of reassessment.

All the tech companies working in the field seem to understand this. They are hiring playwrights, poets and even comedians to help them improve their AI-powered personal assistants and they have been courting philosophers to help them understand the nature of these inventions.

It is in connection with these developments that billionaire and technology entrepreneur Mark Cuban has been claiming of late that, in the near future, a philosophy degree will be more valuable than one in computer science or engineering:

“I’m going to make a prediction; in 10 years, a liberal arts degree in philosophy will be worth more than a traditional programming degree … What is happening now with artificial intelligence is we’ll start automating automation. Artificial intelligence won’t need you or I to do it, it will be able to figure out itself how to automate [tasks] over the next 10 to 15 years. Now the hard part isn’t whether or not it will change the nature of the workforce — it will. The question is, over the period of time that it happens, who will be displaced?”

Cuban views the job market as something that will change radically in the years to come and even claims that the jobs that are more lucrative now (accounting and computer programming, for instance) will be subject to the powers of automation. To remain competitive, he advises young people to go for degrees that teach you to think in a big-picture way, like philosophy:

“Knowing how to critically think and assess them from a global perspective, I think, is going to be more valuable than what we see as exciting careers today which might be programming or CPA or those types of things.”