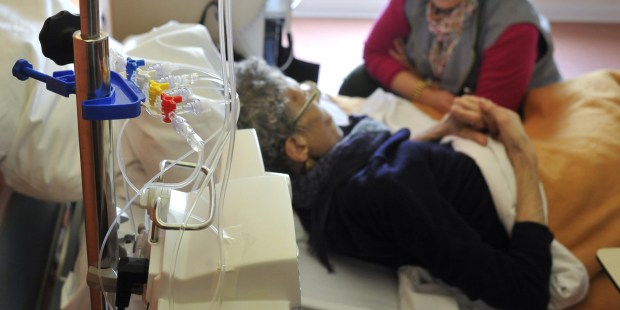 Catholic bishops reject killing the dying or those with incurable diseases

In a landmark decision, India’s Supreme Court on March 9 legalized euthanasia for the terminally ill, drawing criticism from the nation’s Catholic Church.

“The Church rejects any proposal concerning active euthanasia as well as passive euthanasia,” wrote Father Stephen Fernandes, national secretary of the Office for Justice, Peace and Development of the Catholic Bishops’ Conference of India.

The court’s decision allows “passive euthanasia” for the terminally ill who have no chance of recovery. Under passive euthanasia, a patient dies because nothing is done to keep the patient alive.  In these cases, life-support machines would be turned off, feeding tubes disconnected, and life-extending operations and medications would be withheld.

The court also legalized “living wills” which would stipulate that individuals would not be put on life support if they were to slip into an “incurable coma,” according to a report in Vatican News.

In a statement from the bishops, Fr. Fernandes wrote, “No one can in any way permit the killing of an innocent human being, whether a fetus or an embryo, an infant or an adult, an old person, or one suffering from an incurable disease, or a person who is dying.”

According to the Indian bishops, “Legalizing euthanasia would place the lives of vulnerable people at risk, including those whom others might be tempted to think would be better off dead.”

The Indian bishops acknowledged that in some cases, when medical intervention would be futile and unduly burdensome, a person may refuse treatment.

“When it is clear that death is imminent and inevitable, no matter what medical procedures are attempted, one may refuse treatment that would only secure a precarious and burdensome prolongation of life, so long as the normal care due to the sick person in similar cases is not interrupted,” they said. This statement echoes that of the Catechism of the Catholic Church (N.2278) which states:

“Discontinuing medical procedures that are burdensome, dangerous, extraordinary, or disproportionate to the expected outcome can be legitimate; it is the refusal of ‘over-zealous’ treatment.”