Chinese authorities reportedly raid church, steal crosses, and replace them with smaller ones 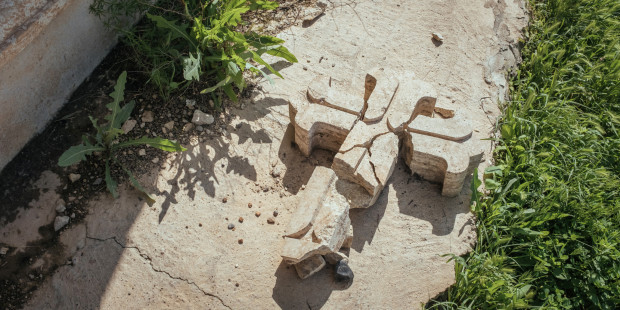 The crackdown by the Communist party comes during a rapid rise of the Christian faith.

Last week, the Shangqiu Catholic Church South Cathedral was raided by Chinese authorities who quarantined the community of priests and nuns before removing crosses from the church, including the largest one on the roof of the building, according to a report by International Christian Concern . Father Francis Liu shot footage of the event, which took more than 5 hours.

Without any documentation or notice, officials barred the doors, preventing priests and nuns from entering or leaving the site. According to witnesses, some of the priests called for the police, but when they arrived the officers of the law sided with the intruders, confiscated the frightened clergymen’s cellphones, and began to aid the unauthorized action.

This site was under the protection of the very government that initiated these actions. Persecution.org explains:

Shangqiu Catholic Church South Cathedral is sanctioned by the government and was accredited as a “Major Historical and Cultural Site Protected at the National Level” in 2002. In 2013, the State Administration of Religious Affairs also recognized the church as one of the “Nationwide Harmony-Creating Religious Venues.” It was built by Spanish Augustinian missionary Francis-Xavier Ochoa OESA in 1924 and is now attended by thousands.

The public has been vocal with their concerns. A watchdog organization, China Aid, which monitors religious freedom violations in China, condemned the act on their website:

“[We] condemn Xi Jinping and his government authorities who initiated this campaign of hatred against Christianity. This type of extreme act will not weaken the growth of Christianity in China, nor will it bring any positive impact to Xi’s regime.”

Public outcry may have saved the day, to a degree. A day after the crosses were removed the government returned three crosses to the church, although they were smaller, the new cross on the roof is roughly half the size of the original. Hebei Priest Yang confirmed, “They claim that the local authorities had a misunderstanding so they put the crosses back!”