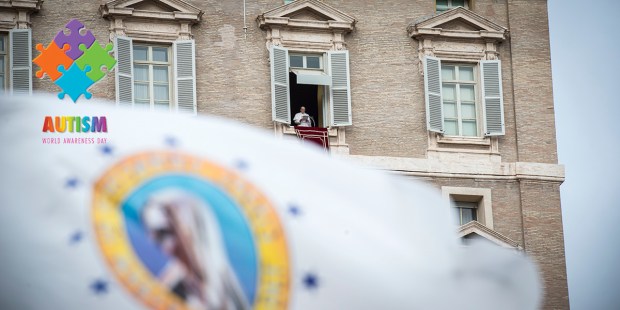 In a message issued for today’s 11th World Autism Awareness Day, Cardinal Peter Turkson, prefect of the Dicastery for Integral Human Development, made an appeal that the world take more into account the needs of people with autism. “Greater commitment” is necessary, he said, to respond to this trend “which seems to have taken on an urgent character.”

Pope Francis made a similar appeal in praying the midday Regina Caeli. “I wish to assure you of a special prayer for World Autism Awareness Day which is celebrated today,” the Holy Father said.

It is estimated that one in 160 children is affected by autism, noted the cardinal in his message. It’s a phenomenon that has been steadily increasing over the last 50 years. Although there are many laws on a national and international level, acknowledged Cardinal Turkson, “they are still poorly implemented.”

The people affected by these disorders must face the difficulties of their condition, recalled the prefect of the dicastery. But they are also handicapped by the “limits” of society, which make it impossible for them to live to the full extent of their possibilities. Their expressions of distress and their calls for help from their families should also be heard, he continued, and “transformed into concrete and appropriate actions and activities.”

Read more:
3 Saints who may have had autism spectrum disorder

Families of people with these disorders “deserve great admiration,” assured the Ghanaian cardinal. By accepting this test with love, they offer extraordinary witness. As this disease affects the entire family—parents and other children—it is essential to be “actively” at their side. It is therefore necessary, he said, to “build a solid alliance among the sectors of health care, public health, and education.”

“The Church promises to bring the message of hope in Christ the Risen One to all, and in a particular way, to our dear brothers and sisters with autism, to their families and to all those who daily care for them,” he said.

Read more:
How one 4th grader explained his autism to classmates (VIDEO)