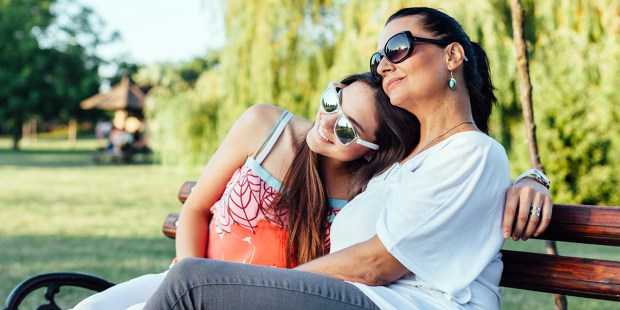 Our kids already have lots of buddies — but they only have two parents.

Parents can decide to be friends of their kids, but they have to be aware that they’re leaving them orphans.” — Francisco Kovacs

It’s fashionable among some younger parents to think they are “cooler” because they can be friends with their kids. They think it makes them very “in” to say that they’re going to go on a binge with them, that they drink together because they’re “friends.”

Sometimes you even see them dressing in the same style or acting the same, among other things, so that neither their kids nor their kids’ friends think they are a “drag.”

In this way, they think they’re earning their place and the trust of their kids. What a dangerous attitude!

Psychologist Alicia Banderas is quite decisive on this point: “Parents cannot be their kids’ friends because [friends] are not capable of establishing two fundamental aspects: setting limits and saying ‘no.'”

This behavior, of acting like equals, is not appropriate.

Our kids need someone in their life who gives them security and makes the rules. Say goodbye to your chummy friendship. Clear limits are necessary to provide helpful boundaries.

Trust is not the same as friendship.

It’s clear that we need to form a relationship of wise love with our children, where we offer them the best of ourselves so that they’ll reach their potential. We need to have open communication with them so that they will talk to us, share their concerns, fears, and everything they have in their heart. We need to be able to listen so that they can tell us their most intimate secrets and can share all those things that are bothering or driving them, knowing the consequences for good or evil that those things might have.

Parents — with a lot of intelligence, love, and patience — have to get our children to admire us in such a way that we are able to develop their full trust in us. That’s how we will become the person with whom they can always share things. But that doesn’t mean we should be friends. The line of respect and authority shouldn’t be crossed.

The presence of a father or a mother cannot be compared with the figure of a friend. Parents are much more than that, and we have to model it for them over and over again so that they find security in us.

Children need the reference point of a father and a mother’s authority. They need to trust in parents who give them peace and certainty, who make them feel that even if they make a big mistake, their parents will be there in an unconditional way to guide them, protect them, hold them, and help them fix whatever needs to be fixed.

If we change that father/mother relationship to become mere friends, we are leaving them without that reference of authority that they need to grow in an independent, healthy, secure, and happy way.

The relationship with a friend is casual and intimate, but the relationship with parents should have a different tone. That doesn’t mean it shouldn’t be, as I mentioned before, loving, close, tender, open, flexible, kind, cordial, honest, and communicative.

Parents, we need to rediscover our value as persons who give security to our children, who need loving limits for their own good. Let’s remember that we are a reference point to them that is always going to be somehow above them, and not on the same level.

So let’s have more parents and fewer buddies!

Read more:
How to resist the lure of competitive parenting

Read more:
Good parenting doesn’t have to be so stressful

Read more:
Are millennials putting a little too much effort into parenting?