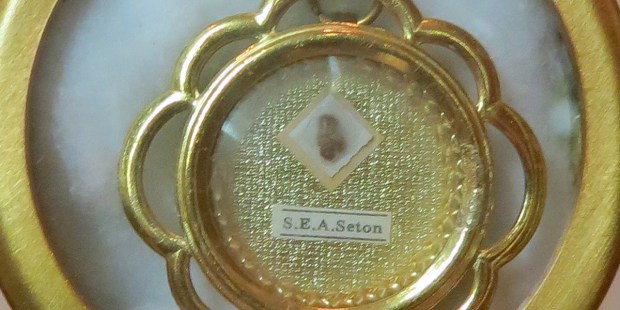 The Church in Ontario is trying to get these sacred objects into the hands of those who want them.

An archivist for a church is usually primarily tasked with keeping track of records of baptisms, marriages and deaths.

Over the past ten years, though, Debra Majer of the Catholic Diocese of London, Ontario has had a somewhat unusual job – finding homes for the more than 250 remains of saints that have been warehoused in her basement office.

The fragments of teeth, bone and hair, and their accompanying documents certifying their authenticity, came to Majer when the diocese had to consolidate a number of parishes, reported CBC News.

“Since we started to suppress parishes within the last 10 years, they’ve been coming in droves,” Majer said.

Rather than let them pile up, though, Majer would like to get the relics out to the community, and she is prepared to give a relic to anyone who wants one.

“Relics, you can’t buy them and they’re not for sale, because they’re sacred,” she explained.

The London, Ontario, diocese’s collection includes the remains of saints and martyrs set inside reliquaries.

Each relic is contained in the theca, a small metal vessel, and can be seen through a window. The vessels are sealed with wax which matches the seal of a cardinal on an accompanying documents. If a red thread that crosses the back of the relic is broken, that means that relic’s authenticity has been compromised.

Read more:
This chapel in Pittsburgh is home to 5,000 relics

The collection contains relics of St. Francis of Assisi and St. Vincent de Paul, and many lesser-known saints.

“These saints could be some of the major known saints that most people would recognize — the names of St. Angela Merici, St. Martin de Porres, St. Alphonsus,” Majer told CBC. “However … if you look through these boxes here you’ll see a lot of names you don’t recognize, in fact there will be more saints names that are unrecognizable than recognizable.”

Those who call in to request a relic can be somewhat selective.

“Of course everybody wants somebody with a big name,” Majer said. “I guess it’s very much typical of the way people are. If a priest or a pastoral minister wants to use a relic for veneration in a parish they want to say I have St. John de Brébeuf here or St. Teresa of the Child Jesus.”

There are two relics that will remain in the diocese’s archives. The first is connected St. Peter Nolasco and includes documentation from Rome dating to the 1700s.

The second one is believed to be a fragment of Jesus’ True Cross.