Do we have to choose between religion and knowledge? 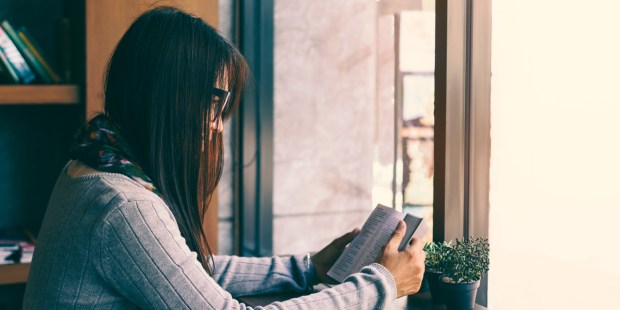 The great philosophers that came before us showed us that faith and wisdom are intertwined and there’s no need to take sides.

In one of his more famous passages, St. Paul warns the Corinthians against the failings of philosophy and, in general, of human wisdom. He tells them that relying on human wisdom is a mistake, that those choosing it as a guide for their lives are really blinded by their own pride, blinded, that is, by the thought that men’s powers are greater than what they really are. In the end, he tells them, God always puts human wisdom to shame:

This tension between religion and human wisdom has been a recurring theme throughout history, it has been going on for so long, has appeared in so many different contexts and cultures that some would even venture saying it is one of the leitmotiv of history. It is, at least, fair to say that it is not a product of passing historical circumstances or sociological factors, but a sign of deep and conflicting human tendencies: the very legitimate will to believe that things may be guided, in the end, by a higher law and providence and the not less legitimate desire to know and understand things. Actually, the tension between these two tendencies seems to perfectly fit into that category of intellectual problems Gilbert Ryle calls a dilemma:

“There often arise quarrels between theories, or, more generally, between lines of thought, which are not rival solutions of the same problem, but rather solutions or would-be solutions of different problems, and which, nonetheless, seem to be irreconcilable with one another. A thinker who adopts one of them seems to be logically committed to rejecting the other, despite the fact that the inquiries from which the theories issued had, from the beginning, widely divergent goals. In disputes of this kind, we often find one and the same thinker—very likely oneself—strongly inclined to champion both sides and yet, at the very same time, strongly inclined entirely to repudiate one of them just because he is strongly inclined to support the other. He is both well satisfied with the logical credentials of each of the two points of view, and sure that one of them must be totally wrong if the other is even largely right.”

So, if in this case we are confronted with a dilemma, if this conflict between religion and human wisdom is of such a nature that it cannot be solved by religious nor by conceptual means, what are we to do with it? Should we simply flip a coin and choose a side?

What we have to take into consideration is that there have been many thinkers and writers—Montaigne, Pascal, Chesterton, to name just the first that come to mind—that have successfully intertwined these two aspects of human experience. How did they manage to pull off this feat? Not by choosing between religion or human wisdom, but by recognizing both of them as legitimate tendencies of the human mind and that each must have its proper place in human experience, by realizing that, as Goethe once put it in one of his maxims:

“The further knowledge advances, the nearer we come to the unfathomable… The finest achievement for a man of thought is to have fathomed what may be fathomed, and quietly to revere the unfathomable.”

Wisdom, has been said, does not consist in finding a solution to every problem, but rather in coming to terms with the uncertainties and dilemmas of human existence.