A “formidable” woman: Pilot Tammie Jo Shults’ heroism was no surprise to those who know her 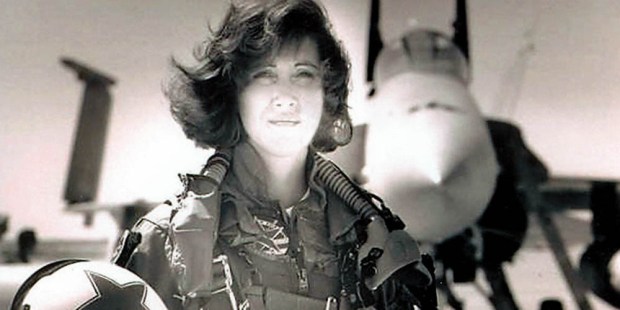 The captain of Southwest flight 1380 was prepared to meet the challenge she faced, which includes being equipped with faith.

It’s hard to listen to the taped cockpit conversations from Southwest flight 1380 and not be impressed by the demeanor of Southwest pilot Tammie Jo Shults. The former Navy fighter pilot guided a 737-700 aircraft with 149 souls aboard to safety in Philadelphia on Tuesday morning after an engine blew and shrapnel hit the plane, blowing out a window and injuring numerous passengers, one fatally.

Shults is being hailed a hero, and for good reason. An article in The Daily Beast explains just how tricky it was to land that plane, enroute from New York to Dallas, safely on the ground. All of Shults’ skills, experience, and character came into play. And those who know her well say that her faith played a big role in how she handled the situation, too.

In The Washington Post, Shults’ mother-in-law described Shults as a devout Christian, and said her daughter-in-law’s faith “may have contributed to her calm state amid the emergency landing.”

“I know God was with her, and I know she was talking to God,” Virginia Shults said.

Heavy.com reported that Shults once said that “sitting in the captain’s chair as a pilot gave her the opportunity ‘to witness for Christ on almost every flight.’”

But faith alone doesn’t land a crippled plane, and those who know Shults aren’t surprised at her feat.

“She’s a formidable woman, as sharp as a tack,” said Gary Shults, a dentist in San Antonio and Cpt. Shults’ brother in-law, said in the LA Times. “My brother says she’s the best pilot he knows. She’s a very caring, giving person who takes care of lots of people.”

Compassionate, smart, and calm are all character traits that Shults reportedly has in abundance.

Virginia Shults, who told the Post that her daughter-in-law would be heart-broken by the death of passenger Jennifer Riordan, the 43 year-old a wife and mother who was the lone passenger to die of her injuries, also mentioned how well-known the pilot is for her calm, and said that as soon as she heard the pilot’s voice on the radio transmission online, she knew “That is Tammie Jo.”

“It was just as if she and I were sitting here talking,” Virginia Shults said in the Post article. “She’s a very calming person.”

Passengers who survived the ordeal were also amazed by this — and by the captain’s courage and kindness.

After landing the plane, Capt. Shults walked back into the plane to speak to each passenger to ask if they were all right. She also made a point to thank the ground crew as soon as they landed safely.

One passenger, Diana McBride Self, thanked Shults on Facebook for her “guidance and bravery in a traumatic situation.” She added that Shults “came back to speak to each of us personally.”

“This is a true American Hero,” McBride wrote.

“She has nerves of steel,” one passenger, Alfred Tumlinson, told the Associated Press. “That lady, I applaud her. I’m going to send her a Christmas card — I’m going to tell you that — with a gift certificate for getting me on the ground. She was awesome.”

But Shults is no stranger to persevering against the odds, and the skills she brought to her job Tuesday go back to when her aviation career began.

Shults grew up on a New Mexico ranch, near Holloman Air Force Base, and early on dreamed of flying airplanes. She applied for the Air Force after graduation, and although she was not permitted to test there as a pilot because she was a woman, the Navy welcomed her. She was among the first female fighter pilots for the U.S. Navy, and the first woman to fly F-18s. She later became an instructor.

Shults’ friend Kim Young told The Kansas City Star that Shults’ military training prepared her well or this harrowing event. “Those are the kinds of people you want as pilots. That’s what she does, and she’s good at it.”

After Shults served 10 years in the Navy, she reached the rank of Navy lieutenant commander and left in 1993, becoming a commercial pilot with Southwest. She now lives in San Antonio with her husband, Dean, whom she met in the Navy and who is also a pilot for Southwest. The two have a son and a daughter.

And article in the Post shared an excerpt from a book called Military Fly Moms, in which Shults shared her approach to parenting:

“We endeavor to teach our children to be leaders, not lemmings,” she said. “This is especially important when it comes to making the right choice while the crowd is pulling in the other direction.”

On Tuesday morning, it was 30 tons of steel pulling Shults in another direction, but she was clearly prepared and ready for what she had to do to complete her mission and save the lives in her care. For that, a flight full of people and their loved ones will be forever grateful.