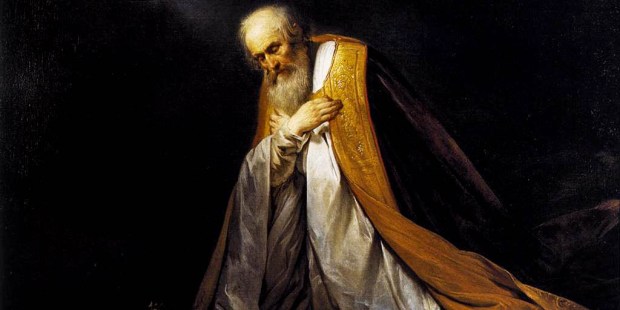 The discovery of a large building near the Hebron hills suggests the Kingdom of Jerusalem found in the Bible have been more than myth.

Archaeologists believe that the recent discovery of a large building in the valley of the Hebron hills of Israel indicates that the biblical King David was a real historic figure, who led a united Jewish kingdom.

Until now there has been no archaeological proof that the King David of the Old Testament actually existed, as no public buildings connected to him have ever been found.

An article at Haaretz.com reports that archaeologists at Bar-Ilan University say that the monumental structure and the settlement around it discovered at Tel ‘Eton, near the Hebron hills in the central Israeli lowlands, represents possible proof of the existence of public buildings during the Davidic era, in about the 10th century B.C.

According to Haaretz, the building which archaeologists are calling the “governor’s house” was built to last, in the style of monumental architecture:

“It contains ashlar stones, the earliest such use found yet, and was built on deep foundations, using quality building materials. Such investment in construction would be hallmarks of a complex society and a strong political entity.”

Ashlar stones are shaped with tools to fit together, rather than used in their natural state. Radiocarbon testing of pottery found deposited in the foundation and olive pits and coal found in the floor of the house indicate that it was built in the late 11th century B.C. or the 10th century.

“This has bearings on the date in which social complexity evolved in Judah, on the debate regarding the historicity of the kingdom of David and Solomon,” archaeologists Avraham Yair Faust and Sapir wrote, in an article published earlier this year in the archaeological journal Radiocarbon.

The archaeologists’ findings came with the help of naked mole rats who burrowed underground unearthing evidence of human habitation.

“The mole rat told us that there is a small settlement in a place where nobody thought a settlement had existed,” said Faust, according to the Haaretz report.

What’s more, the mole rats may have even found evidence of where the city discovered around the “governor’s house” at Tel ‘Eton was destroyed by King Sennacherib and the Assyrians.

“It is clear that the governor’s house, the monumental structure atop the hill, had been destroyed by the Assyrians, he [the archaeologist] says: they found the arrowheads in the courtyard. Based on where they were found, the archaeologists could surmise whence the arrows were shot: precisely the place bereft of mole-rat activity, Faust says – like defense walls.”

Other archaeologists urged caution, however, before surmising that the newly discovered settlement was necessarily Davidic, reported Haaretz.

Dr. Ido Koch of Tel Aviv University notes that the “governor’s house” has no writing to indicate it was part of a Jewish Kingdom.

“In findings from the 10th century there’s nothing with ‘Jerusalem’ written on it, and as long as [there are] no signs of Judean-style administration or writing,” he told Haaretz, linking the settlement to the kingdom of Jerusalem would be “pure speculation.”