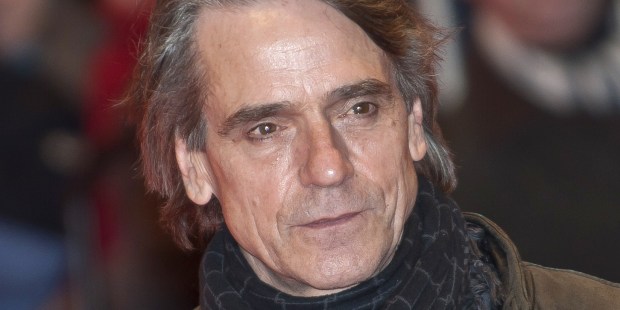 In comments to the Guardian, Oscar-winning actor focuses on the harm done to women.

Oscar-winning British actor Jeremy Irons has affirmed his belief that abortion is a sin.

Irons, known for his roles in Brideshead Revisited and the latest Batman movie, as well as for his Shakespearean performances, also said he is grateful that the Catholic Church was against the practice.

“I believe women should be allowed to make the decision, but I also think the Church is right to say it (abortion) is a sin,” he said in an interview with the Guardian newspaper. “Because sin is actions that harm us. Lying harms us. Abortion harms a woman—it’s a tremendous mental attack, and physical, sometimes. But we seem to get that muddled.

“In a way, thank God the Catholic Church does say we won’t allow it, because otherwise nobody’s saying that it’s a sin,” he continued.

He went on to defend other traditional values.

Though it’s possible to have children without being married, Irons said, marriage “does give us a strength, because it’s quite hard to get out of, and so it makes us fight more to keep it together.”

“If divorce becomes dead easy—which it sort of has—then we don’t have that backup because, for everybody, relationships are hard,” he said.

His remarks on abortion come as Ireland prepares to vote on its legality May 25. Though Irons is British, he owns a castle in County Cork. He is married to Irish actress Sinéad Cusack, and the couple reared their two sons, Sam and Max, who are also actors, as Catholics, according to the Catholic Herald.

In 1990 he won an Oscar for best actor for his depiction of former Catholic Herald columnist Claus von Bülow in the film A Reversal of Fortune. He has also won several Golden Globes.

In April 2013, he was critical of moves to legalize same-sex marriage, arguing that a legal redefinition could “debase” or change what marriage is.