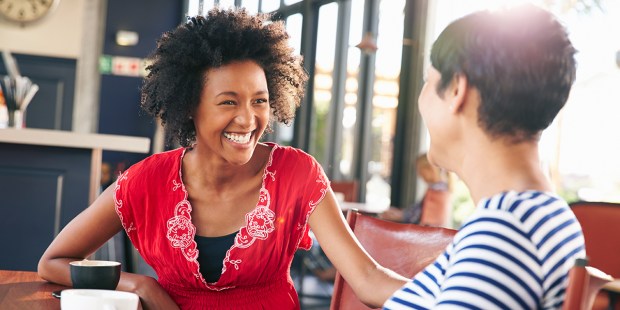 These 4 secrets of Philip Neri can help us be more successful at life.

Dale Carnegie, in his influential book How to Win Friends and Influence People, writes, “Winning friends begins with friendliness.” Simple, right? So, shouldn’t I be positively drowning in the adoration of my masses of faithful friends by now? I must be less friendly than I think. I never linger long enough to find out, but I’m sure there are plenty of folks who find me to be a notch below friendship material. This is probably because I can be sarcastic and thoughtless, I don’t always listen well, and I often neglect to consider others’ feelings. That’s me at my worst – not friendly at all.

Friendliness is a character trait that’s made up of many other good traits. Carnegie talks about being interested in others, listening, never criticizing, remembering names, and smiling. Knowing, however, that these habits take a lot of practice and people like me are very bad at them, he warns, “If you want to gather honey, don’t kick over the beehive.” In other words, the quick, easy way to get what I want from other people isn’t at all the best way. Friendliness has its rewards.

Carnegie is well known for writing about friendliness, but there are plenty of people out there who are shining examples of how it’s actually done. One is St. Philip Neri, whose feast day is celebrated on May 26. Philip was a priest living in Rome in the 16th century who had a talent for acquiring random and diverse friends. Louis Bouyer begins his biography of Philip by writing, “It was said of St. Philip Neri that he drew people to himself as iron is drawn to a magnet.”

What was Philip’s secret? Here are a few practical lessons from his life about how we, too, can be known as a friend to many …

Philip somehow gathered a group of dedicated followers without trying to do so. He never manipulated people or had ulterior motives in being friendly. He ended up founding and leading a movement called an oratory, which is a society dedicated to certain spiritual goals, but he never wanted to be the leader. In fact, his friends had to drag him out of the tiny room where he lived and forced him to move into the larger building that the oratory had created.

When we meet someone for the first time, it shouldn’t matter to us whether they could be useful to us or a good connection in the future. Friendship isn’t networking, so let’s offer our goodwill without any desire for a return on investment.

Not thinking — at least a little bit — about how a potential friend might be a good social connection is tough. Even if it’s hard to admit, it’s a challenge to not be more deferential with people who have money and social position. Philip solved this problem by refusing to draw any social distinctions whatsoever, making every single person he met his friend. The group of people he gathered around him included street urchins, noblemen, musicians, and former thieves.

Carnegie says that it’s rare for a person to be completely unselfish with friendships. I want to be that sort of rare person.

In a Pinterest-obsessed era, the simple act of having guests over is as anxiety-riddled as staring into the oven and hoping your chocolate and sea salt souffle doesn’t collapse. Everyone worries that the silverware isn’t shiny enough or the house isn’t clean enough. Philip lived in a tiny cell, but he would regularly invite friends over and show them hospitality. I doubt anyone ever complained that his swan napkins weren’t good enough.

In my experience, the best place to really get to know people is by inviting them into our homes and spending time with them, so I say don’t worry about if the house or cooking isn’t perfect and enjoy hosting new friends.

See the best in everyone

Philip never judged anyone unworthy of being invited into his home or joining his circle of friends. He always saw the potential in each person he met and ignored their reputation. He often found that human kindness brought out unusual responses. For instance, a new friend named Caesar who had moved to Rome from the mountains was so lacking in social graces and his manners were so rough that Philip jokingly nicknamed him, “The Barbarian.” Amid the joke, though, he always treated him with respect and friendship. Eventually, Caesar became a very successful, cultured man. He was even almost made pope!

In his famous book, Carnegie says that instead of condemning people, we should understand them. That’s what Philip Neri did. And if all of us took a little more time to understand and see the best in those we meet, our lives would be far more joyful and, yes, far more friendly.