You can actually get more creative with age, science shows 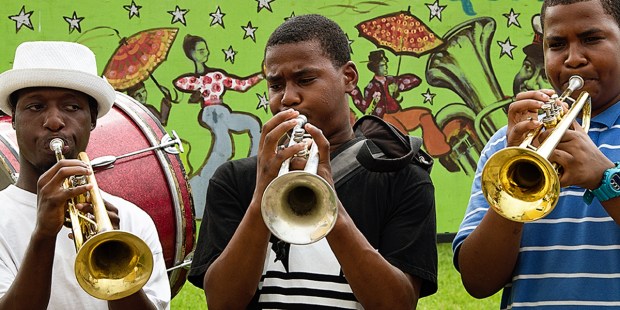 Are artists and musicians born creative or do they learn creativity through practice? Nature or nurture? As with most traits, it turns out that the answer is both. Though the common “right-brained” or “left-brained” myth can lead people to believe that creativity is only for those born with the aptitude, new research shows that the creative process actually involves both hemispheres of the brain in order to prosper.

When neuroscientist Dr. Charles Limb studied jazz musicians at work, he discovered that the difference in improvisation and memorization could be seen in the activation of parts of the brain that allow for self-expression and self-control, respectively. In order for the musicians to produce music in the moment, the area of their brain responsible for self-criticism had to temporarily fade into the background, allowing them to lose themselves in the moment.

Dr. Limb then further discovered that the same pattern is true for other creative processes like those of comedians and caricature artists.

In other studies into the relationship between areas of the brain and their role in the creative process, researchers have also debunked the theory that “right-brained” people are more creative.

“The trained experts who are so creative have always said that it was practice — a lot of effort and practice — that gave them the creative edge, rather than the genius, talent, aptitude they were born with,” Dr. Limb said.

“One of the take-home points,” he continued, “is if you want to build a more creative society, there is no substitute for just trying and doing it. We see the creative brain evolve over time. It’s not just fixed at birth.”

So how do you become more creative? Jump in and try.