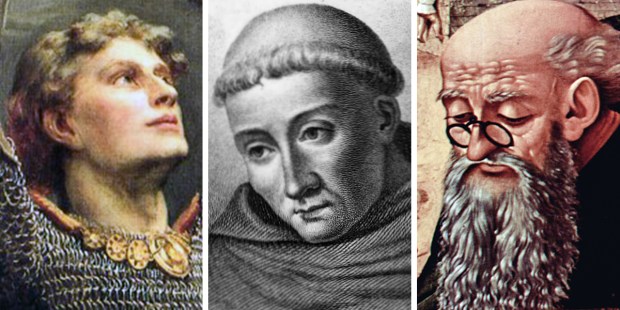 These great names are strong and masculine, and carry an air of honor for the famous men who bore them in times past. Check out the list — whose name would you add?

Finley has its origins in the Gaelic language, where the name meant “warrior” or “fair.” The name appears in Scottish mythology and evokes Mark Twain’s Huckleberry Finn. Nicknames for Finley include Fin, Fyn or Finn.

August is derived from “Augustus,” which is a Latin word meaning “great,” “to increase,” and “venerable.” The most famous Augustus remains Augustus Caesar, the first Roman emperor. Nicknames for August: Gus, Auggie, or Aug.

Henry is from the German, meaning “ruler,” or specifically, “home ruler.” Beginning in the 10th century, Henry became a popular name among the French and English royal families. English monarchies in particular favored the name, with probably the most famous historical monarch being Henry VIII of England. Nicknames for Henry: Huck, Harry, Hal or Hank.