Cardinal who announced ‘Habemus Papam’ in 2013 dies at 75 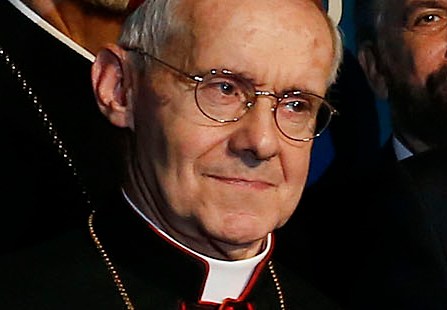 A man who served the Church despite Parkinson’s; he saw us threatened “not by the clash of civilizations, but by the clash between ignorance and radicalism.”

Cardinal Jean-Louis Tauran died Thursday at age 75. The president of the Pontifical Council for Interreligious Dialogue, his face became familiar to the world because he was the cardinal charged with announcing “We have a pope!” (Habemus Papam) when Francis was elected March 13, 2013.

The cardinal died in the United States where he was receiving treatment for Parkinson’s Disease, which he had battled for many years.

Pope Francis sent a message of condolence to the cardinal’s sister, in which he says that Tauran “profoundly marked the life of the universal Church.”

The pope described him as a counselor who was “listened to and appreciated,” in particular “thanks to the relationships of trust and esteem that he knew how to build with the Muslim world.”

Then speaking more personally, the pope said he had moving memories of this “man of deep faith who has valiantly served the Church of Christ up to the end, despite the weight of his illness.”

The cardinal kept active throughout his illness, taking an important journey to Saudi Arabia just a few months ago, in April, in the conviction that we are threatened “not by the clash of civilizations, but by the clash between ignorance and radicalism.”

The future, he affirmed during that visit, “consists in education.”

In an interview last November following the attack on the Rawda Mosque in Sinai, which he described as “a new step towards the abyss,” he launched an appeal to all men and women of good will to continue to work for dialogue, peace and freedom.

As the leader of the Church’s interreligious dialogue council, he sent messages to religious groups on their special holidays, choosing a theme on which Catholics and these believers could work together. He had held that post since 2007.

Tauran was born on April 5, 1943, in Bordeaux, France. He was ordained a priest on September 20, 1969, and had a long and fruitful ministry at the service of the Church, both in France and through various posts in the Vatican.