How a Chicago parish designed a church based on its people

Demographic shifts led to the opening of a new church, with sacred art designed to resonate with the African-American Catholics who make up the parish.

Chicago’s Englewood neighborhood, located in the southwest side of the city, was once home to many Irish and German immigrants, who in the 19th century started a flourishing Catholic community. The first church ever built in the area was in fact a Roman Catholic parish, St. Anne’s Church, established in 1869.

Launch the Slideshow Below: 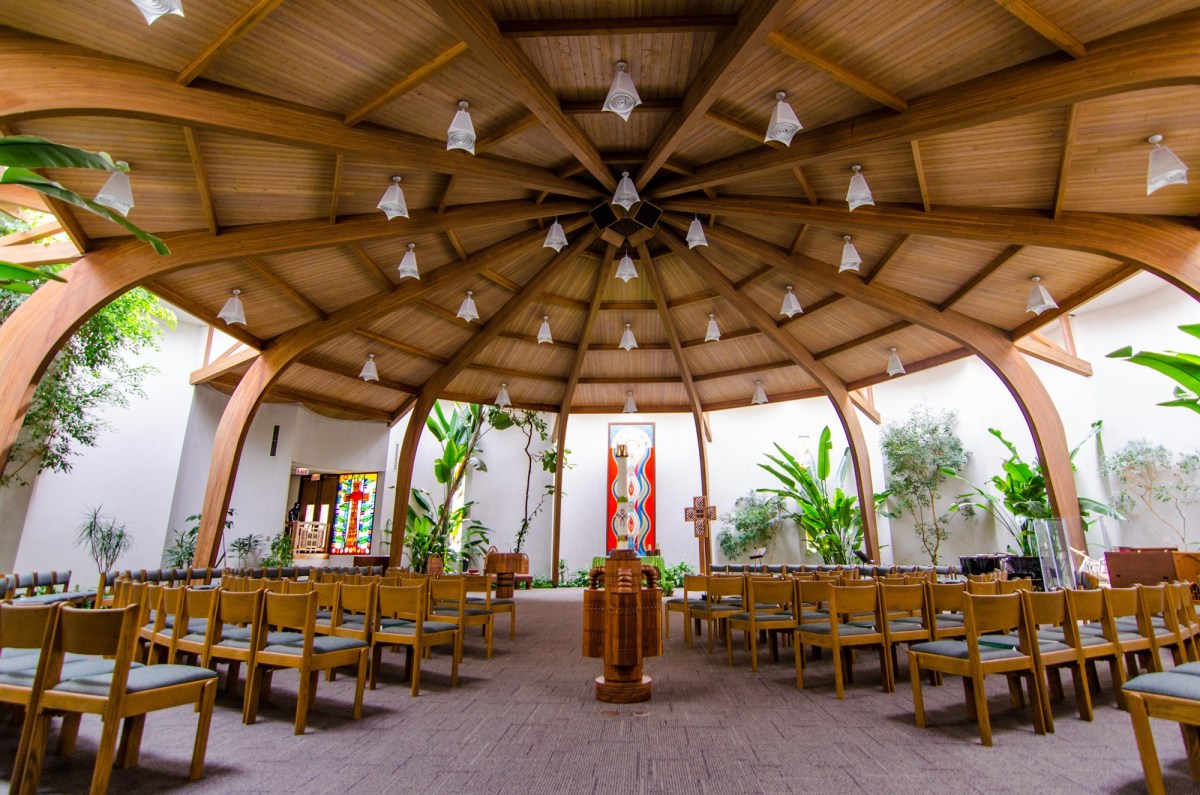 Over the course of the 20th century, Englewood experienced dramatic demographic changes. Its population peaked in the 1960s, when nearly 100,000 people were living in the area, but it has declined ever since. And what once used to be a predominantly white neighborhood became gradually mixed, and eventually African-Americans became the majority of people living in Englewood.

But most of the art in the existing Catholic parishes did not reflect the very people who were now at the heart of the community. So when in the 1970s Cardinal Joseph Bernardin asked Catholics in Englewood what they would like their church to look like the answer was: “like ourselves.”

Over the next decades, that wish was realized thanks to the dedication of local parishes. In 1967 a snowstorm caused severe damage to Englewood’s St. Bernard Church, leading the community to open a new church, St. Benedict the African, in 1990. The parish commissioned several works of art intended to resonate with African-American Catholics. For example, the church features a hand-carved wooden statue of St. Martin de Porres, born in Peru as the illegitimate son of a Spanish man and a freed slave of African or Native American descent, who serves as the patron saint of people of mixed race. Glimmering stained glass windows depict images of St. Benedict the African, as well as Rosa Parks and Sojourner Truth, over the Chicago skyline . And a crucifix in the tradition of the San Damiano cross—the one before which Saint Francis was praying when he heard the call to reform the Church—features historical protagonists of the history of Black Catholicism in America, such as Father Augustus Tolton, the first African American to be ordained as a Roman Catholic priest in 1886.

The parish also asked local artist Jan Spivey-Gilchrist to come up with original artwork for the new church. Spivey-Gilchrist is the daughter of a Baptist minister but has kept close ties with the Englewood Catholic community since her teenage years when the parish helped her attend art class at the Art Institute of Chicago. She has been producing religious images featuring African-American subjects ever since.

“The only dark person I saw in the big painting of the Last Supper was Judas,” Spivey-Gilchris explained to Chicago Catholic, adding that it was thanks to her own father that she developed the idea that she and her sister were part of the church even if none of the icons inside churches resembled them.

In an effort to celebrate African-American Catholicism and the Englewood community specifically, she painted two large canvases featuring St. Benedict the African and the Madonna and Child inspired by real people living in the neighborhood. The painting of St. Benedict also features actual homes in Englewood.

But Black Catholicism is not just celebrated via paintings and statues. The Modernist architecture of St. Benedict the African—inspired by traditional African huts—is itself a departure from more traditional neoclassical or Baroque styles typical of North American Catholicism. A round nave is topped by an arched wooden ceiling while large light floods located all around the perimeter allow for a lush vegetation to grow indoors. A massive baptismal pool holding 10,000 gallons of water, one of the largest ones in the USA, further builds the presence of natural elements inside the church.

Indeed, the design of St. Benedict the African-East Church is so unique that it is featured in the Chicago Architecture Foundation’s Open House Chicago, a free event that offers behind-the-scenes access to buildings, and has received about 2,000 visitors for each of the past two years.