"On behalf of the little ones, the simple ones, the wounded, and all those on whose side God stands, let us beg, 'Let there be peace!'”

In the heel of the Italian boot lies the ancient port city of Bari. In the days of the Roman Empire, Bari was a major gateway to southern Europe by way of the Adriatic Sea, with ships sailing the Mediterranean to access the trade routes that led north toward Rome.

Legend has it that while journeying to Rome, St. Nicholas chose Bari to be his final resting place. After a long and protracted battle over his relics, it became just that, and to this day he rests in peace in the Basilica of St. Nicolas, a major pilgrimage site for Catholics and Orthodox Christians.

On Saturday, July 7, embraced by an azure sky and the faint scent of salt air, Pope Francis joined with 19 other faith leaders to pray for and make an impassioned plea for peace in the Middle East.

Bari, with its stature as a “window open to the Near East,” and a crossroads of many faith traditions, provided a natural backdrop for this historic event.

The pope has frequently spoken out against the violence in the Middle East and the plight of those who suffer as a result of the depravity of war, but on this occasion, he joined arms with other faith leaders to make a clear declaration … a declaration of peace.

See the story in photos: 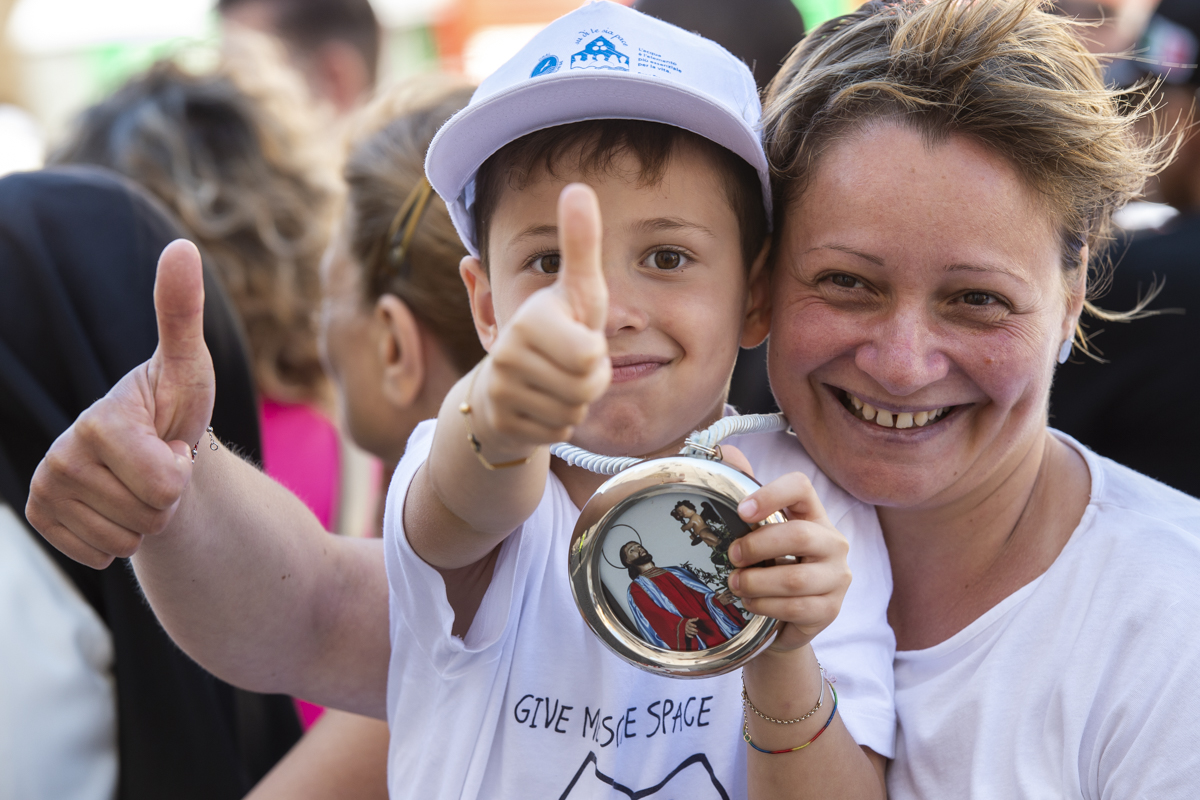 Our souls are rooted in the Middle East

When Pope Francis took to the podium he recalled the soul-deep connection that all Christians share with the lands and peoples of the Middle East.

“From the Middle East the Lord, ‘the sun from on high,’ came forth to visit us. From there, the light of faith spread throughout the world. There ever-fresh streams of spirituality and monasticism have their source … There the heritage of our great Fathers in the faith lives on. This tradition is a treasure to be preserved to the utmost of our ability, for in the Middle East our very souls are rooted.”

In response to the lack of effectual aid for those who have suffered at the hands of those waging war and its dismal aftermath, the pope called for people to demand peace, and shoulder their responsibility to care for those crying out for help.

“Let there be peace! This is the cry of all those who are Abel today, a cry that rises up to God’s throne. For their sake, we have no right, in the Middle East or anywhere else in the world, to say, ‘Am I my brother’s keeper?’ Indifference kills, and we desire to lift up our voices in opposition to this murderous indifference.”

The children are the face of hope

Recognizing that children who endure war are its ultimate innocent victims, Pope Francis pleaded on their behalf, also saying that if the world would turn to aid these victims, hope could be restored.

“Hope has the face of children … All too many children have spent most of their lives looking at rubble instead of schools, hearing the deafening explosion of bombs rather than the happy din of playgrounds. May humanity listen – this is my plea – to the cry of the children, whose mouths proclaim the glory of God. Only by wiping away their tears will the world recover its dignity.”

At the conclusion of the meeting Pope Francis and Egypt’s Coptic Orthodox Pope Tawadros II, along with a group of young people, released doves as a sign of hope and symbol of peace, uniting the religious leaders’ unceasing resolve to pray and work for peace despite whatever challenges may cross their path.

“On behalf of the little ones, the simple ones, the wounded, and all those whose side God stands, let us beg, ‘Let there be peace!’ May the ‘God of all consolation,’ who heals the broken-hearted and binds up every wound, hear our prayer today.”

Photography by Antoine Mekary and text by Jeffrey Bruno for Aleteia.